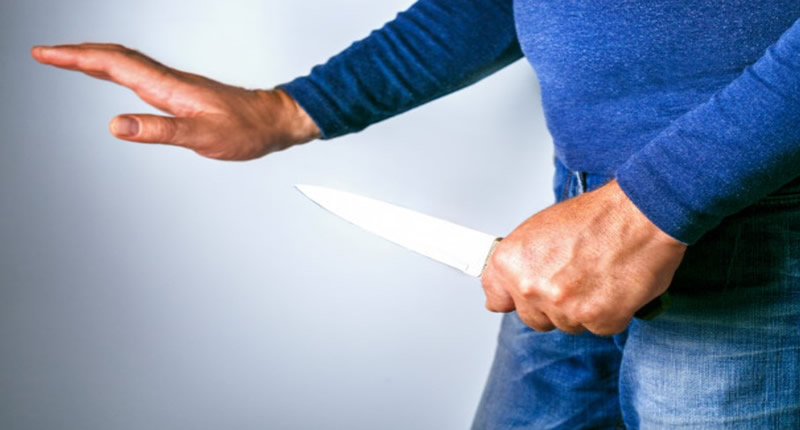 Javier Izquierdo, a government delegate in Castilla y León has confirmed that a 69-year-old man who seriously stabbed his 34-year-old partner this morning, Tuesday 22, at the home they shared in the municipality Doñinos de Salamanca – before taking his own life – had a history of gender violence with a previous partner.

Mr Izquierdo confirmed this, along with the government’s sub-delegate in Salamanca, Encarnación Pérez, after a minute of silence had been observed for yesterday’s sexist crime in Valladolid.

Encarnación Pérez explained to the media at a press conference that the Doñinos couple had lived together for six years, and shared a small girl together, as well as another 11-year-old girl, the result of the woman’s previous relationship.

The incident occurred at 3:45 am this morning, in the home that the couple shared, when, for reasons that are still being investigated, the man stabbed the woman of Latin American origin several times in the abdomen with a knife.

The woman was admitted with serious injuries to the Salamanca Clinic hospital after receiving several stab wounds, but has not filed a complaint for alleged mistreatment, Pérez explained, adding that the woman is recovering from wounds she received in the abdomen and it is hoped that “she will get better as soon as possible”.

During the incident, the man reportedly also injured his 68-year-old brother – who lived on a lower floor of the same building – after he had tried to intervene in the attack, but his injuries are not serious.

After attacking the two people, the man committed suicide by hanging himself in the home, and the children have been taken to stay with relatives of the victim, who also live in Doñinos de Salamanca, a town of about 2,000 inhabitants 8 kilometers west of the capital of the province, as reported by 20minutos.es.