We Can’t Let Britain’s Supermarkets Be Scrapped For Parts! 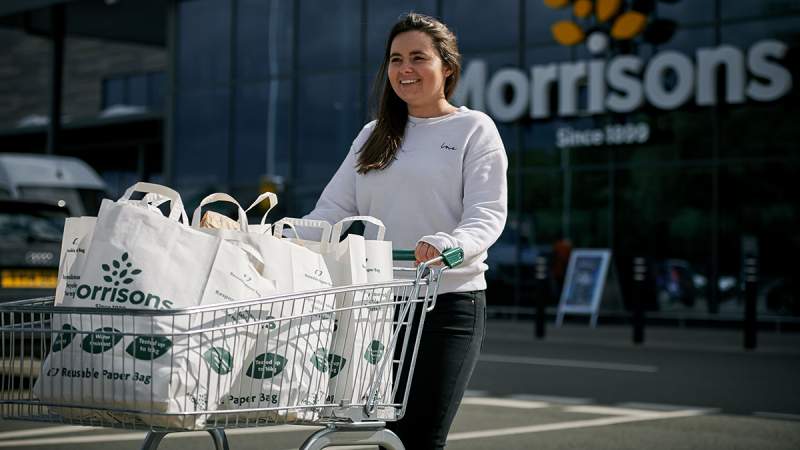 We can’t let Britain’s supermarkets be scrapped for parts, says Labour as supermarket group Morrisons may become the subject of a hostile takeover bid by mid-July.

Labour has called for the Government to stand up for British businesses by securing legal assurances about jobs, pensions, and companies’ futures when takeovers are attempted.

Morrisons has rejected an initial takeover bid from the US private equity firm Clayton, Dubilier & Rice. The firm has until 17 July to return with another offer. Labour has called for the Government to confirm it will intervene in any takeover of Morrisons to secure binding commitments about the buyer’s business plan, the job security of employees, and the protection of pensions.

Under the UK’s takeover rules, the private equity firm must publicly announce full details of its intended bid by July 17 or not progress the matter again for some time.

Morrisons senior management were under pressure at a recent shareholder’s meeting when 70 per cent voted against proposed significant bonuses for a number of executives even though profits were down last year despite rising sales.

As the fourth largest supermarket chain in the UK with a large number of freehold properties and the until recently highly successful Gibraltar branch, which is having difficulty in bringing in certain stock due to Brexit, it appears a likely candidate for takeover especially as it is supplying Amazon with products for its Prime Pantry service.

Labour said, “Morrisons’ assets are hugely important to British farmers and food supply chains, as demonstrated during the Covid-19 crisis. But private equity ownership models are often based around ‘sale and leaseback’ tactics, paying off debt by selling off the company’s assets, like property.

“The Government has powers to intervene in takeovers of companies on a number of grounds including competition, media plurality, national security and pandemic response. For years the Government has refused to do more to protect UK companies, but Labour is clear that developing a robust takeover regime is essential if we want firms to succeed and provide good jobs here in the UK,” the party added.

Seema Malhotra MP, Labour’s Shadow Minister for Business and Consumers, said, “Responsible business owners invest in their companies for the long-term, because they know it is the best way to create wealth, support jobs and achieve long-term success and profitability.

“But there are really worrying examples of companies including private equity firms loading businesses with debt, stripping them for parts and leaving with the rewards. It is far too often the employees, pensioners and the taxpayer who are left to pick up the pieces and pay.

“The Government cannot just stand by and let that happen to Britain’s supermarkets, which are at the heart of our communities and provide an essential national service as we have seen during the pandemic. Ministers must stand up for the hundreds of thousands of workers, loyal customers, our farmers and the wider food retail sector who would be affected by a takeover – and secure the legal commitments we need,” she added.