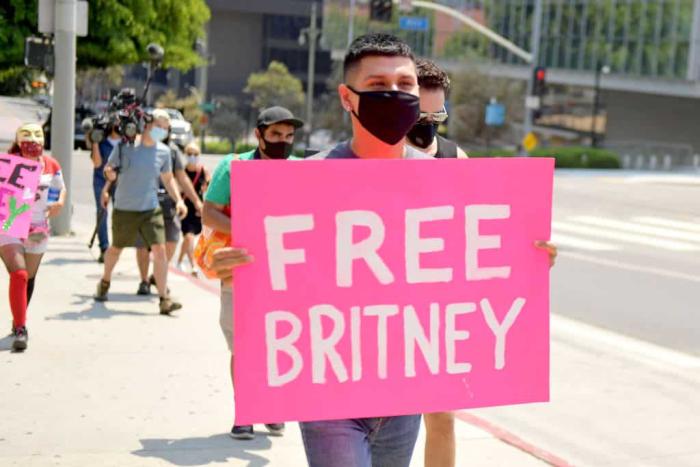 BRITNEY Spears has broken her silence on “abusive” guardianship in which she has not been allowed to remove her contraceptive intrauterine device (IUD) and is treated like a “slave”.

The Oops I Did It Again singer took the internet by storm talking about her “abusive” guardianship which has allegedly left her “traumatised” and “depressed”. Spears appeared in court yesterday, Wednesday, June 23, and begged the judge to put a stop to her “oppressive” conservatorship under her father, Jamie Spears. She claimed doctors changed her medication and she is not allowed to remove her IUD to conceive more children even though she wants to, according to reports.

“I just want my life back. It’s been 13 years and it’s enough” she emotionally revealed, “This conservatorship is doing me way more harm than good. I deserve to have a life,” she added.

Spears revealed that she was “abused” by a previous therapist, she is banned from seeing her friends, she has no control over her own healthcare, her boyfriend is not allowed to drive her in her car and she is not allowed to have therapy sessions at home but must go to a location where the paparazzi stalk and harass her.

She has claimed that her “whole family did nothing” and that “It was very threatening and scary” when in 2018, her management threatened they would sue her if she didn’t perform in concerts. “The only similar thing to this is called sex trafficking… The people who did this to me should not be able to walk away so easily… she said in court.

The Free Britney movement has been going on for years and fans have grown increasingly concerned by her bizarre Instagram posts, however, she has now revealed the shocking details of her controlled personal life at the hands of her father. Spears said: “I just want my life back. I’m not here to be anyone’s slave. I’m traumatised. I’m not happy, I can’t sleep. I’m so angry and I cry every day. I want to end this conservatorship without being evaluated.”