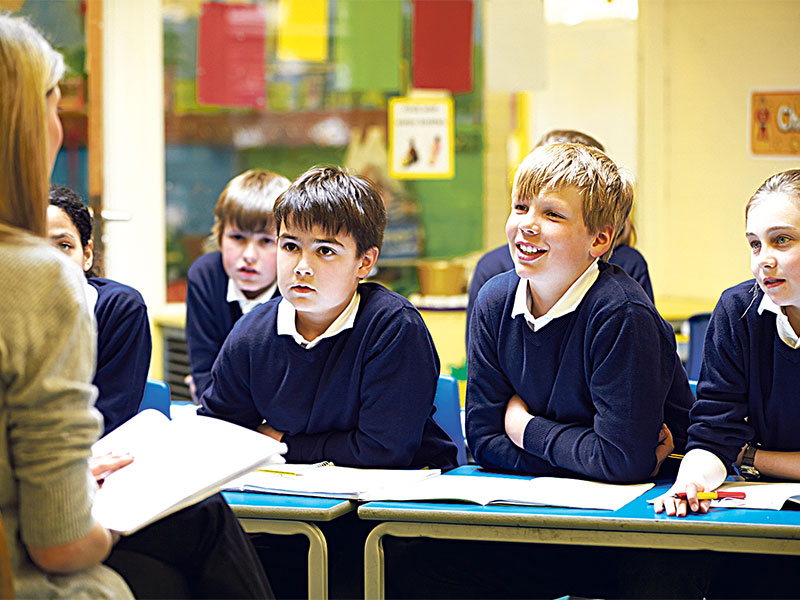 SPLITTING CLASSES: Children aren’t daft and soon see things as they really are.

Recently I read somewhere that the terms ‘top set’ and ‘bottom set’ in schools should be replaced with descriptions less demoralising for those who find themselves dumped in the ‘bottom’ one.

But children aren’t daft, they soon see through well-meaning contrivances like the following ones. At the primary school where a friend taught, the tables were all named after flowers. But that didn’t stop one six-year-old throwing a wobbly because “I don’t want to be on ‘Stupid Table’.” Call it ‘Daisy Table’ all you like, she wasn’t fooled.

Another school split the ‘bottom set’ into two. One half had all the students who were not very, um, ‘gifted’ and the other had all those with ‘behavioural’ problems. The two sets were called Flora and Fauna.

In yet another school, the streaming was: A) Smart or at least understands exam technique. B) Needs to try harder and knows it. C) Not smart but doesn’t care, just wants to leave school ASAP and make a few quid. And not have to wear a poncey blazer and tie ever again.

But I’m getting a bit ahead of myself. Decades ago in my own junior school in Malta (Verdala, since you ask – and if anyone was there too, do let me know!) the ‘Houses’ were named after local luminaries but we kids knew what that was about too. I was in White House, but had to wear a yellow sash (don’t ask!).

My uncle’s school had the bottom two classes named 1-N and 2-N, rapidly called by students 1-Nuts and 2-Nuts. To get around this, the school changed the classes to 1-P and 2-P, which swiftly became known as 1-Peanuts and 2-Peanuts.

In my aunt’s school they had a ‘Gifted and Talented’ set. I always wondered what that made the others feel like.

You can call it what you want but you won’t fool the kids.

Another friend had Super Table, Top Table, Middle Table and Bottom Table. Wasn’t great for motivation, but wonderful for teasing. Still, one guy from Bottom Table is now a QC and another runs one of the UK’s biggest companies. Beat that!