Owner of 15 Horses in Huelva Investigated for Animal Abuse 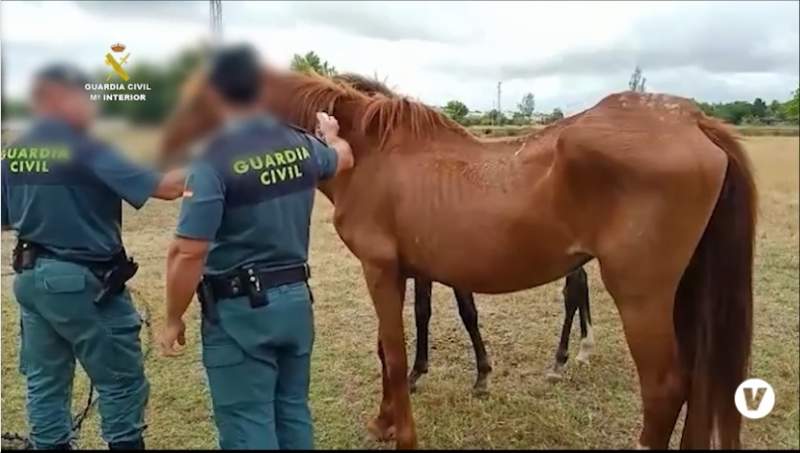 THE Guardia Civil investigates the owner of fifteen horses that were in a state of severe malnutrition in the town of Almonte in Huelva, for his alleged involvement in a crime of animal abuse, by “not providing the horses with adequate hygienic, nutritional and veterinary care”.

As indicated by the Armed Institute in a press release, the operation has been carried out by officers of the Nature Protection Service (Seprona) of Doñana, after learning of the existence of horses in poor condition on a farm in the Huelva town, so on June 17, they proceeded with the inspection of the said farm with a veterinarian from the Almonte Regional Agrarian Office.

As reported by Andalucia Informacion, during the inspection, accompanied by the owner of the farm, both the officers and the veterinarian observed, “the lack of hygiene in the soil, with an accumulation of equine faeces, lack of water and not enough food for the animals.”Of the total of 15 horses found, between males and females, six of them did not have sufficient accumulation of body fat and needed urgent veterinary care, for which it was necessary to check the animals for potential liver and kidney issues. In addition, four horses needed water and a supply of quality forage to restore their intestinal flora. The rest of the horses were “in an acceptable state”, but “lacked water and enough food”.

For this reason, as the animals lacked adequate hygienic, nutritional and veterinary conditions, as well as not being under veterinary examination, they gave “symptoms of clear abandonment of the owner”, for which they have proceeded to their investigation because they are the alleged authors of a crime of animal abuse, punishable by article 337 of the Spanish penal code.

The Guardia Civil have recalled the campaign carried out against the mistreatment and abandonment of domestic animals ‘I can tell about it’, whose objective is to raise awareness among citizens so that they promote necessary measures in the protection, management and welfare of companion animals and they request that the behaviours contrary to the welfare of domestic animals when known, to be reported to the authorities.