Vauxhall Mokka – so different people were asking what I was driving 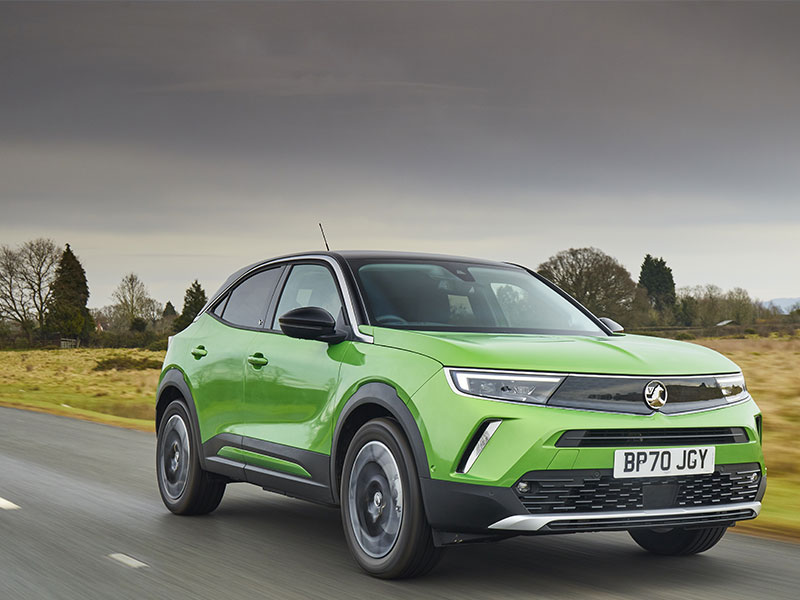 We’re used to manufacturers launching specification changes and styling tweaks but Vauxhall has gone somewhat further with their latest Mokka. It’s so different that during my week’s test I had two previous generation Mokka owners asking me what I was driving.

In a way that’s not surprising, because one of the things lacking on the new Mokka is the name Vauxhall. There’s the Griffin badge but trying to find the word Vauxhall is a harder task, it’s nestled in small script on the Griffin badges.

My SRi Premium model was finished in metallic grey with black trim and a red flash above the windows, making it a head-turner for all the right reasons. The interior is equally adventurous with a modern look and judicious use of highlights to remove any trace of styling sobriety.

There’s generous use of piano black on the dash and centre console, which makes me  wonder about longer term durability when keys and rings are in close contact over a period of time. There’s the inevitable digitalisation with few buttons, but it’s far from the worst I have encountered, even so ‘bring back buttons!’

One issue I found in extremely hot weather was a lack of decent ventilation due to a dearth of vents and poor positioning. The centre vent is too low down to direct cool air to your face. This results in having the fan on a higher setting with resultant noise to the otherwise refined cabin.

On the road the 1.2-litre, 3-cylinder petrol engine has plenty of get-up-and-go and produces a lovely thrumming noise under hard acceleration. The 8-speed automatic gears are smooth and quick to react, and there are flappy paddles on the steering wheel when you fancy pretending you’re an SUV F1 racer.

There’s commendably little body roll and the ride comfort is good even over the roughest roads. While interior space is not at all bad, the boot errs on the small side but remains capacious enough for most owners.

The Mokka endeared itself very quickly, the over excited lawn mower soundtrack under hard acceleration, the modern looks, excellent equipment and driving experience. It stands out as something different to the usual compact SUV crowd.