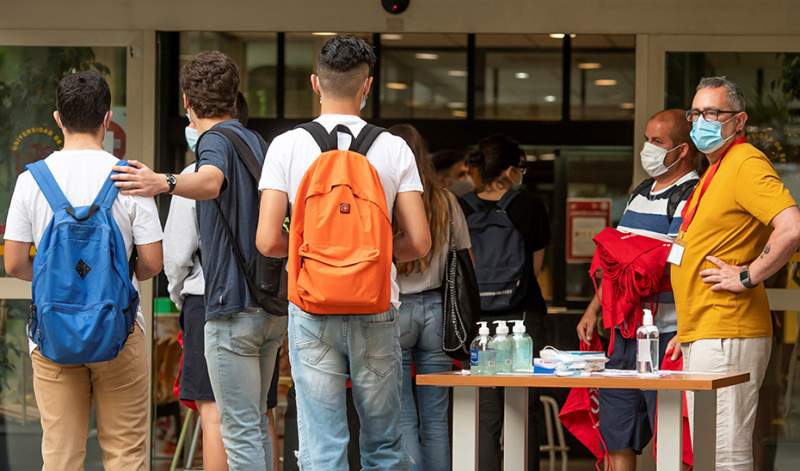 95.65 per cent of students in Andalucia have passed their exams for university entrance.

95.65 per cent of Andalucian students that submitted to the Access Phase of School Assessment Test for University Entrance (PEvAU) in Andalucia were approved, representing 37,167 of a total of 38,856 students tested in this mandatory part. This percentage increased compared to the results obtained last year, when 92.71 per cent of the students passed the exams satisfactorily.
The highest grade has been a ten obtained by seven students, distributed in the provinces of Almeria (1), Cadiz (2), Huelva (1), Granada (1), Malaga (1) and Sevilla (1). This is the maximum score that students can achieve in the Access Phase, although it is possible to complement it with four additional points that are achieved in the Admission Phase, depending on the grade obtained in these exams and the weighting that is made according to the grade as requested.
In terms of gender, of the 22,670 women who have taken the PEvAU, a total of 21,658 have been approved, which is 95.54 per cent; while in the case of men, 15,509 of the 16,186 presented have obtained a satisfactory result, which is equivalent to 95.82 per cent.
By universities, Almeria has registered 95.64 per cent eligible students, which means that 2,788 out of 2,915 have achieved approval; that of Cadiz has achieved a percentage of 96.15, so a total of 5,465 of 5,684 have passed the exams.
The approved student body at the University of Cordoba amounts to 3,606 out of 3,785, which represents 95.27 per cent; those eligible at the University of Granada total 4,993, 94.53 per cent of the 5,282 examined; at the University of Huelva they amount to 1,975 out of 2,048, that is, 96.44 per cent; and at the University of Jaén the balance was 95.23 per cent, which translates into 2,895 out of 3,040.
The University of Malaga has 96.34 per cent eligible students, which is equivalent to 6,615 out of 6,866; the Pablo de Olavide (Sevilla) throws a pass rate of 97.34 per cent, with 1,061 students from 1,090 with satisfactory results. At the University of Sevilla, the number of students who have passed the tests rises to 7,769 out of a total of 8,146, 95.37 per cent.