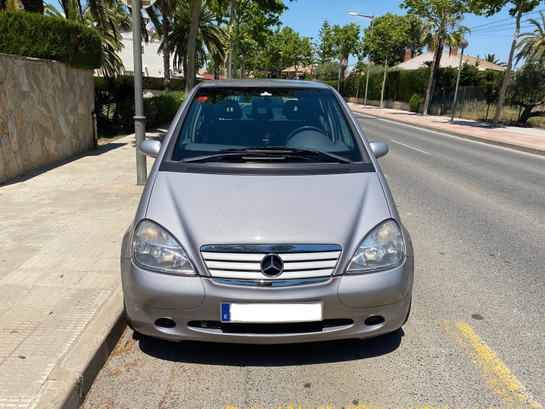 Expat Pensioner In Estepona, 75, Left Furious After MOT-Less Car Disappears From Private Urbanisation.
A 75-year-old British expat pensioner known as panda31 on the eyeinspain forum, who lives with his wife in Estepona, Malaga, was left shocked and saddened when he realised his car had been taken away without any notice or consent. In his own words, here is his story below…
I have, (had), a Mercedes A170CDi and the gearbox developed a fault, as they do, and I parked it up on the urbanisations parking area off the road.
Time went by and I moved it a few times as the repair was going to be about 1.000€ and as a 75-year-old pensioner I was having a struggle finding that sort of cash, then along came Corvid, casual work dried up and things got worse as the wife became 65 and social security stopped paying but the pension doesn’t kick in until 66 1/4 now, so just my humble 800€ a moth to live on.
Anyway, enough of the ridiculously low UK state pension and the governments attempt to block the only decent increase in 70 years.
The car disappeared last Wednesday leaving four drag marks which said a grua was involved not car thieves. We called the police local and they said they had “been advised” the car was abandoned but I had checked the car was OK Tuesday and there was no statutory notice of 10 days notice as required, they just took it.
I am assuming someone, probably our urbanisations idiot president, reported it.
The car is in good condition and insured but no ITV, as obliviously I can’t get it to the ITV station with a duff gearbox and the plan was to get it collected by Transmatic in Estepona for repair as soon as I could afford it..
I was informed by my gestor that as long as it was insured I didn’t need to worry about the ITV if it was “off-road”. Now come Monday 21/06/2021 we will have to go the police station in Estepona and get it back. I know there a couple of years tax due but surely that is no excuse to just take the car without notice.
Pensioners cannot live on the state pension alone. In the UK they can get extra payments like tax credits, housing benefits etc, here we get nothing, not even winter heating allowance despite the fact we have paid in the same as UK residence.
I can afford to run a car, somewhat cheaper than UK but live month to month with the usual ’emergencies’ cropping up makes saving impossible.  Such as having ones car seized WITHOUT THE MANDATORY 10 DAYS NOTICE.
I move it so it is not regarded as dumped, at least that was the thought behind it. I also keep it clean, tyre up and run it up.
Responses:
Kavanagh wrote: “So this could be a warning to all forum members and readers. So what you are saying is that a tow truck company will accept instructions from anyone to go and seize anyone’s car and take it to a Police compound, no questions asked. The Police will accept any car from a tow truck company, no questions asked. The Police will release the car minus ashtray to the owner for a fee but with no explanation why the car is in their custody. Is this correct panda and have you told us everything?
I am putting my car in the garage tonight under lock and key until detective Columbo investigates your case.”
Windtalker was not so kind…: “Panda..why are you blaming everyone except yourself..you said you have fully integrated into Spanish Life.if this is so why not go on to a Spanish speaking forum and ask them for advice .. instead of asking us obnoxious Brits as you put it ..that is on this forum for advice…but before you do you should change the name of your post to. ( gone after two years.).”
There is an update to this story, please check back regularly for new information.