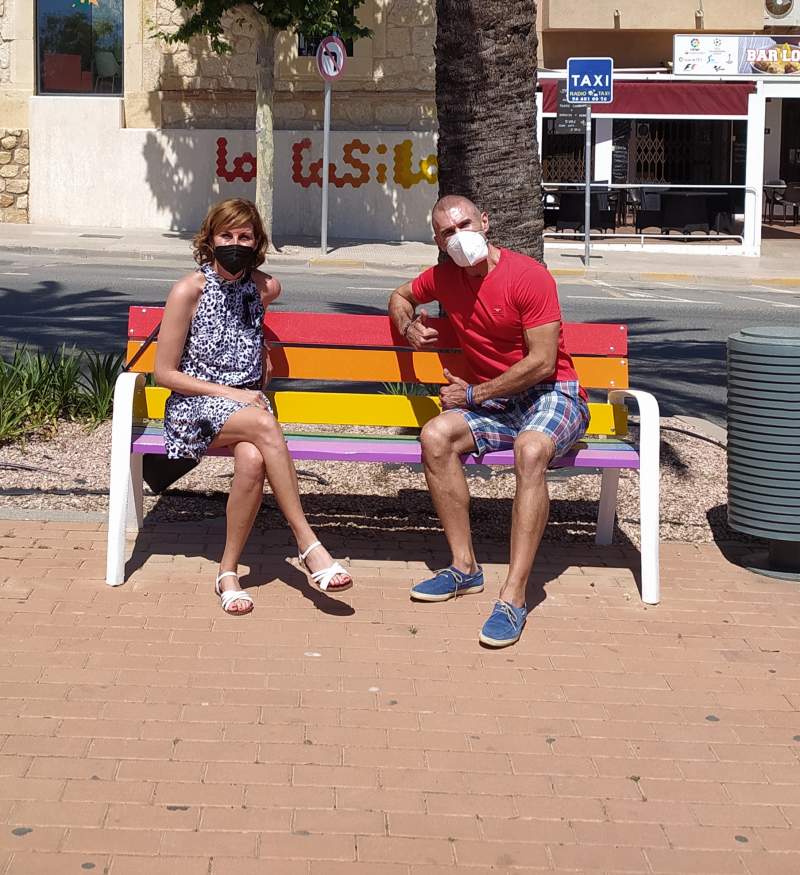 Example set A BENCH outside La Nucia’s Tourism Office is now rainbow-coloured in an official bid to raise public awareness by setting an example of tolerance and respect towards the LGTBIQ+ collective.
Wild life HAVING failed to obtain the regional government’s permission to hunt the wild boar that invade Denia, the town hall has received the go-ahead to install cages to trap the animals.
Profit plans MUNICIPALLY-OWNED Amjasa, responsible for Javea’s domestic water and main drainage, will use last year’s €797,000 profits on improving the town’s supply network, eliminating leaks and modernising its energy system.
Too soon A BENITACHELL athlete competing in the Sagunto (Valencia) Triathlon performed a celebratory jig metres from the finishing line with victory in sight, only to be overtaken while grinning at spectators.
Next year TEULADA-MORAIRA’S Font Santa fiestas have been postponed and will be combined with those planned for 2022, the town hall announced.  There will still be a Mass for a reduced congregation at 8pm on Sunday July 4, followed by a traditional dance display by Grup de Danses Font Santa.
Heavyweight THE Partido Popular party, in opposition on Villajoyosa council, criticised the town hall for charging €100 to retrieve towed-away vehicles of up to two tons and €600 for those that weigh more.  The second price was abusive, and the €100 fee should apply to all vehicles, the party maintained.
Custody blow A BENIDORM judge rejected a local man’s application for temporary shared custody of Bimba, a Bichon Maltese, with his ex-partner while the case is resolved. He complained that she no longer allows Bimba to accompany their daughter on visits although he bought the dog and paid all its expenses.
Kayak trips ALBIR’S beaches concessionary and Alfaz town hall are organising free, two-hour kayak trips for 16-to-35s this summer.  The outings are available at 10 am on Tuesdays and Thursdays throughout July and August and reservations can be made at the Centro de Informacion Juvenil in the Casa de Cultura.
Disco fall AN 18-year-old was seriously injured in Gandia and transferred to the San Francisco de Borja hospital after falling 3.5 metres from a balcony at the Falkata discotheque.  She lost her balance while trying to retrieve a packet of cigarettes on the other side of the railing, witnesses said.
Times change IT is now 100 years since the Evangelical Baptist Church of Denia carried out the first 14 clandestine baptisms on St John’s Eve in the Marge Roig section of the Marineta Cassiana beach.  This was prohibited at that time and the Baptists were obliged to practise in secret.