Rock on in Pego 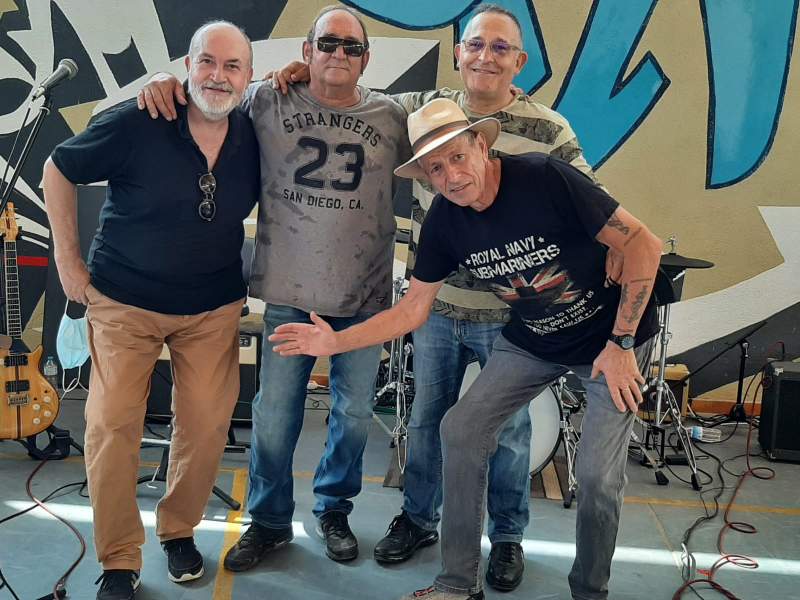 NO-ONE could accuse Chris Clark of not integrating into Spanish life.
He plays drums for Trilogy, a Pego-based rock group that started performing in the 1970s and is still going strong.
Not that Chris belonged to it then, he explained to the Euro Weekly News, as he joined Freddy, Juan and Ignis in 2019 after a long, non-musical career.
“I was looking for a group to play with and they were looking for a drummer,” Chris said.
The band write most of their own songs, mainly in Valenciano, and they have played together for 50 years since they were kids.
But they were always short of a drummer.
Some didn’t like Trilogy’s music, some liked it but moved on and others – unlike Chris – weren’t settled enough to depend on.
Interested though we were to hear about Trilogy, we also wanted to know more about Chris and his life before settling in Muro de Alcoy.
He told us that he was brought up in a small village in the Fens.
“I was badly educated and destined for a life of crime,” he happily confessed. Instead he joined the Royal Navy at 15 serving for 17 years, mostly in the submarine service.
On leaving, he continued to travel the world, installing new lighthouses and converting old systems to solar power before going into business for himself.
“Married twice and bankrupted twice,” he told us cheerfully, but he eventually got the formula right and made some money, coming to Spain in 2007 when he was 56.
Since then, Chris has written the semi-biographical HMS Hermes and the Virgin Sailor and a novel, How to steal a submarine. Both are available on Amazon.
Meanwhile, Trilogy recently played a gig in Calpe, their first since lockdown, although pre-pandemic they performed regularly at local events, fiestas and during the Fallas.
So watch this space, because there are sure to be more.