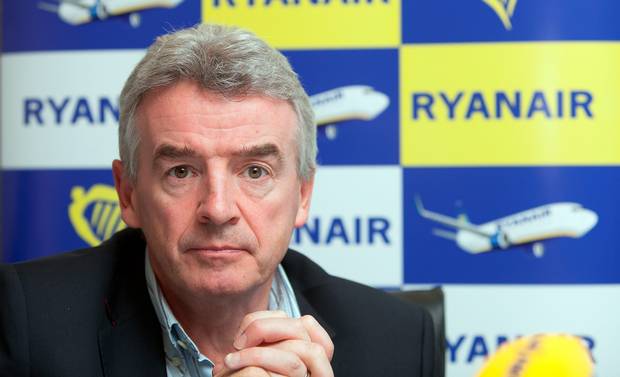 Ryanair boss Michael O’Leary has said Angela Merkel is talking “complete nonsense” when she suggested that each EU country quarantine British visitors over concerns about the Delta variant.

THIS week German chancellor Angela Merkel called for a coordinated EU wide approach to regulations about travellers from countries with high rates of Delta variant infections.

Speaking to ITV, Michael O’Leary said Merkel is wrong and called for restrictions to be eased further for travellers with both doses of a Covid vaccine.

“That’s what most European countries are applying and the EU recognised that people who are double vaccinated will not have to isolate or comply with any travel restrictions and Mrs Merkel should do likewise,” he said.

“I would love Mrs Merkel to explain why people who are double vaccinated need to observe any travel restrictions when they’re entirely safe and not likely to spread Covid,” he added.

On June 24, Belgium added Britain to a list of countries it will not permit arrivals from except for Belgian citizens or residents.

The move comes after France joined Germany in calling for a coordinated EU approach to the Delta variant and a bloc-wide agreement on what restrictions travellers from outside the EU should face.

“For me one of the issues of discussion is to be really taking coordinated decisions in terms of opening of borders to third countries and on recognising vaccines because at this stage we have to limit this to the vaccines that have been approved by the European medical authority,” French President Emmanuel Macron said on June 24.

On June 23, Merkel told the lower house parliament, “In our country, if you come from Great Britain, you have to go into quarantine – and that’s not the case in every European country, and that’s what I would like to see.”

The UK government hit back at her remarks on June 24 and said it was up to individual countries, not Germany or the EU, to set their own rules.

A spokesman for Prime Minister Boris Johnson said, “Currently it is down to individual EU member states to decide on the rules governing their borders. We are moving at speed through our vaccination programme to help us curb this latest variant and that will allow us to move to Step 4, and we are confident that over time it will bring cases down, and that’s the approach we are taking.”