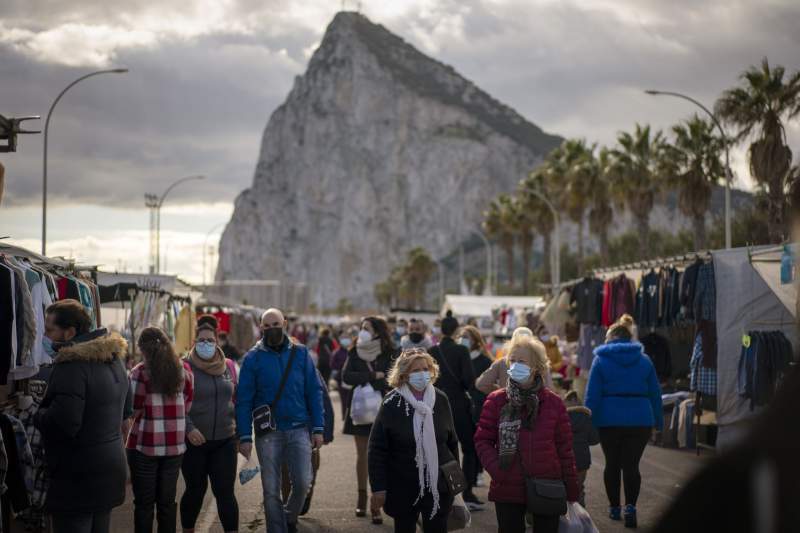 Eleven cases in total of the Indian Delta variant of the coronavirus have now been detected in Gibraltar. Just five days ago, there was only one case in the British Overseas Territory which was detected earlier this month.

At the moment, the Indian Delta variant – which is much more contagious – accounts for 46% of active cases in Gibraltar. This means that almost half of the coronavirus patients have this variation of the virus.

Of the rest, six have tested positive for the British variant (alpha) and seven are pending results to determine which strain they are suffering from.

In Gibraltar, there are no positives of the Spanish variant currently registered (B.1.177).

Of the total number of people who have the Indian Delta variant, four are residents of Gibraltar and seven are ‘visitors’, which is what Gibraltarian health officials call people whose stay is temporary (workers and tourists, mainly).

The Delta variant, which was first detected in India in October, presents a combination of mutations that make it more transmissible and due to this, it is on its way to becoming the dominant variant worldwide- as the Alpha version of the virus was at the beginning o the pandemic.

WHO chief scientist, Soymya Swaminathan, explained on Thursday, June 24, that the Delta version is transmitted twice as fast as the Alpha coronavirus.

As an example, he explained that if a person with coronavirus infects two other people, the Delta variant can quickly transmit the pathogen from four to eight people within the same timeframe, “which explains the spread of entire families.”

The expert said that the eight vaccines that have received authorisation for emergency use by the WHO are effective against all variants of the coronavirus, in particular when it comes to preventing severe cases, hospitalisations and deaths.

The president of the European Commission, Ursual von der Leyen , warned today against new strains of the coronavirus, such as the Delta, which are “much more contagious”, and asked not to lower our guard and maintain hygiene measures and distance of security.

“By the end of the week, almost 60% of adults in the EU will have received at least one dose (of the covid vaccine), and we have almost 40% of the population fully vaccinated. It is a big step forwards, but also necessary because we are concerned about the Delta variant, “said the president of the Commission at the end of a European summit in Brussels.

German politicians stressed that this strain, which is “much more contagious” than known variants, is becoming dominant in the UK and asked the 27 other EU states to remain “vigilant”, to test and genetically analyse the results.

However, Von der Leyen highlighted as “good news” that vaccination protects “very effectively” against the delta variant even one dose offers ” a decrease in the severity of the disease.”

The Deputy Minister of Public Health of Madrid, Antonio Zapatero, has insisted on more controls at the Barajas airport since he warned that the Indian Delta variant now exceeds 10% of infections in the Community and could reach 90% by the end of August.