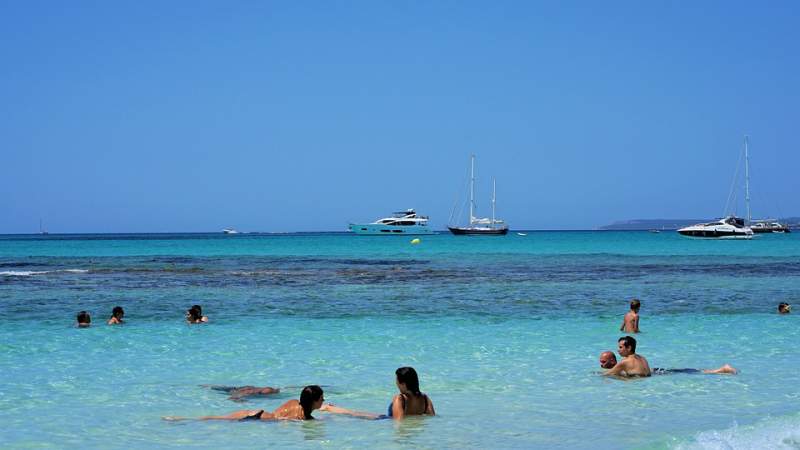 Spain, and other Club Med countries such as Italy and Greece, are unlikely to bow to German and French pressure to quarantine British holiday makers.

In 2019, 18 million British tourists visited Spain and accounted for 21.6 percent of all arrivals, with some five million of those visiting the Balearic Islands. The battered Spanish travel and tourism sector is counting on Brits to deliver a much-needed cash injection, as are British airlines who have laid on thousands of new flights to the Balearics since they were added to the green list this week.

Spanish Foreign Minister Arancha Gonzalez Laya, said on June 25, “At the moment we are maintaining the measures which enable British citizens to enter our territory.”

This week German Chancellor Angela Merkel called for an EU-wide quarantine of travellers arriving from areas with high rates of Delta variant infections including Britain.

“In our country, if you come from Great Britain, you have to go into quarantine – and that’s not the case in every European country, and that’s what I would like to see,” Merkel told the Bundestag, Germany’s lower house of parliament, on June 23.

France offered support to Merkel on June 24. “For me one of the issues of discussion is to be really taking coordinated decisions in terms of opening of borders to third countries and on recognising vaccines because at this stage we have to limit this to the vaccines that have been approved by the European medical authority,” said French President Emmanuel Macron.

Airlines have however reacted to the addition of the Balearic Islands to the green list with new schedules.

Ryanair has added 200,000 extra seats from the UK to Malta, Ibiza and Majorca in July, August and September; and Wizz Air will restart flights to Malta, Majorca and Madeira from June 30, in addition to its services to Iceland and Gibraltar, which remain on the green list.

Dara Brady, Ryanair’s marketing and digital director said, “This announcement is a small step in the right direction and, while we welcome the addition of Malta and the Balearics to the UK’s green list, we urge the government to immediately add equally safe destinations such as Cyprus, the Canaries and the Greek islands, and also to immediately allow vaccinated UK and EU citizens to travel freely between the UK and the EU without restrictions.”

On June 24 Belgium banned travellers from the UK. The ban comes into force today, June 26, but includes an exemption for Belgian nationals or residents.

British Prime Minister Boris Johnson is due to hold a meeting with German Chancellor Angela Merkel in Chequers next week.