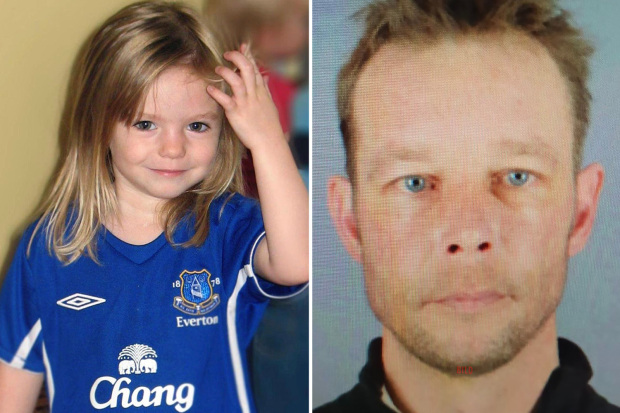 German investigators searching for missing British girl Madeleine McCann have been given a new lead in the case, by the father of the ex-girlfriend of prime suspect, 44-year-old Christian B, as he told them about a secret compound located on the Algarve, which his daughter owns, and which her boyfriend would possibly have had the keys to at the time they were together.

It is reported by the Mirror that the secret compound belongs to 44-year-old Nicole Fehlinger, and is 38 miles away from the Praia da Luz area where Maddie went missing in 2007, and previously had four Kangal guard dogs – known as having the strongest bite of any dog in the world – guarding it.

Christian B is currently serving time in a German prison on sex offences, and was named by the German investigators as their main suspect, but the convicted sex offender has always denied the claims that he abducted Maddie, claiming that he was being falsely accused of the alleged kidnapping.

Nicole’s father, Dieter, has already apparently spoken twice with the German equivalent of the FBI, and given them information, with prosecutors in the country confirming that the man gave an interview to cops and that they are seriously examining the lead he gave them.

Dieter reportedly told the Mirror, “No one knows that my daughter not only had the private residence in Portugal at her disposal, but also a separate compound. No-one has ever searched there or the property has never turned up in connection with Maddie, Brueckner, or Nicole”.

Dieter continued, “It’s an overgrown property of over 5,000 square metres. It was a secure area, enclosed with fencing and four aggressive Kangal dogs were there day and night”, adding that the compound was “not visible”, with only his daughter having access, and “perhaps” her then-boyfriend, Christian B.

According to German investigators, the suspect had lived on the Algarve and been in a relationship with Nicole for several years previously, allegedly funding his living by breaking into, and stealing from, holiday apartments.

A check of his phone records reportedly showed him to have been in the region where the abduction took place in 2007, but investigators pointed out that there is no suggestion that Nicole Fehlinger had any involvement in the disappearance of Madeleine McCann.