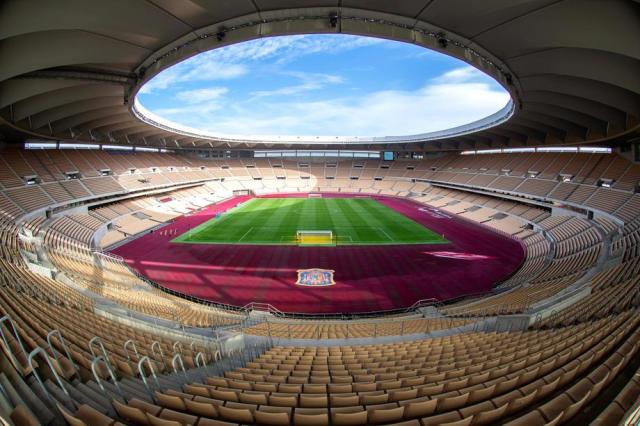 Sevilla’s La Cartuja Stadium management Company, majority-owned by the Junta de Andalucia among other institutions, according to a statement from the Ministry of Education and Sports on Friday 25, invested three million euros in about thirty different upgrades, to adapt the facility to the standards required by UEFA to host Euro 2020 matches.

In the statement, it revealed that UEFA, the organiser of the tournament, is paying €800,000 – €200,000 for each game that has been scheduled – as it has been the host venue for Spain-Sweden, Spain-Poland, and Spain-Slovakia, during the first phase, and now, this Sunday, will host the round of 16 match between Belgium and Portugal.

For the Junta de Andalucia, the estimated economic return is €215 million, €73 million directly, and €142 through media promotion for both Sevilla and Andalucia, with the stadium having been updated in record time to host one of the three best sports competitions in the world.

Outstanding features among the upgraded works – carried out in less than a month and a half – include replacement of the video scoreboards by two new-generation larger ones, the creation of a new telecommunications room, two new additional health clinics, plus the full replacement of the floodlighting system with new LED technology.

Also in the sports area, a comprehensive renovation of five changing rooms – two for technicians, two for athletes and one for referees – has been undertaken, a new doping control room, the creation of a new press room, and the replacement of the pitch irrigation system, including comprehensive maintenance of the pitch.

Javier Imbroda, the Minister of Education and Sports, assures that “the La Cartuja Stadium aspires to the celebration of any sporting event of the highest national and international level, with the maximum guarantees of safety, comfort, sustainability, and excellence”.

Mr Imbroda, in statements provided by the Ministry, added that La Cartuja is one of stadiums included for the World Cup in 2030 if the candidacy of Spain and Portugal is chosen as the twin host nations, as reported by 20minutos.es.