The DGT Radars Apply The ‘Rule Of 7’ To Speeding Vehicles 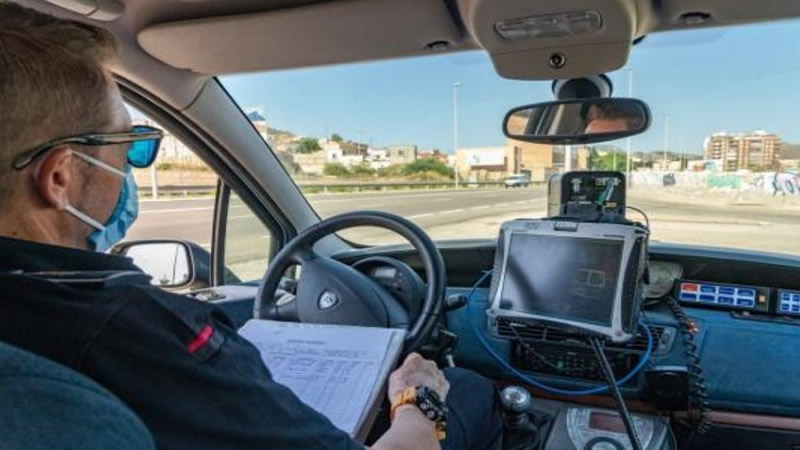 Data from the General Directorate of Traffic (DGT) reveals that 64.4 per cent of all traffic fines in 2019 – practically 2 out of 3 fines – were for speeding.

As radars do not make exact measurements of the speed at which vehicles are moving, the DGT applies a margin of error before penalising a driver for speeding, giving a tolerance threshold of 7 kph if the vehicle speed is less than 100 kmh and 7 per cent if it is greater than that speed.

This is the so-called ‘rule of 7’ from which the cinemometer is activated when it hunts a vehicle for speeding, and, according to the DGT, this system represents “the most guaranteeing and beneficial tolerance threshold for the driver”. 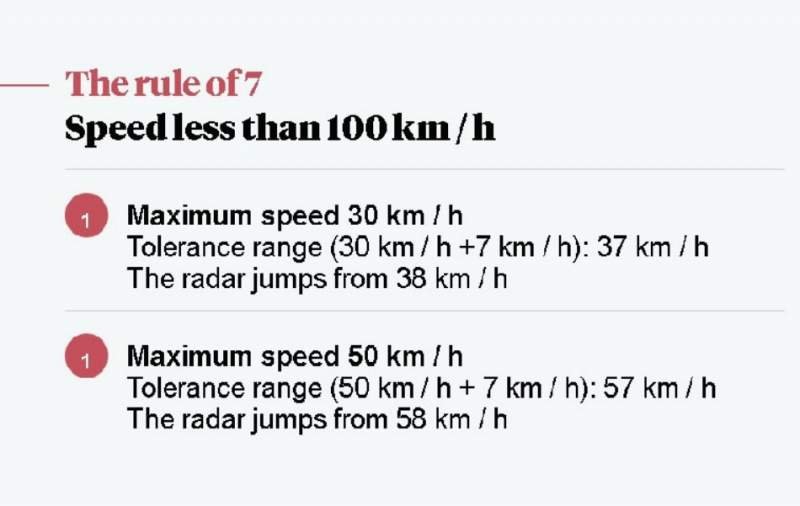 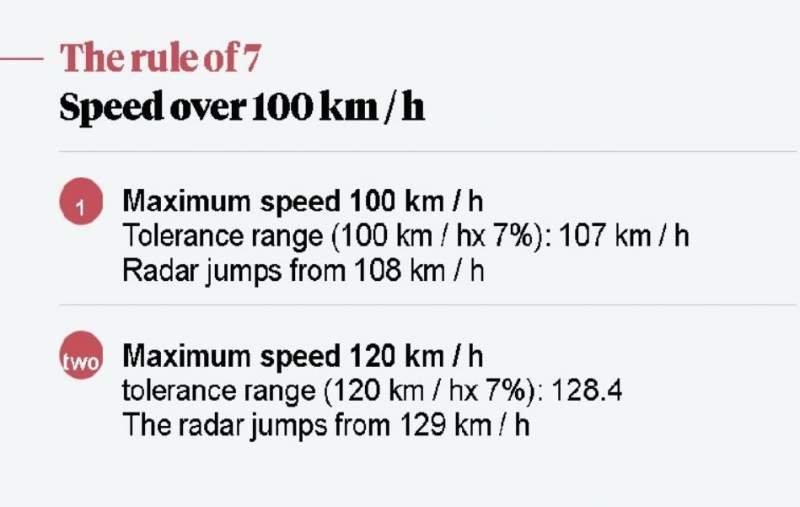 The reason why this figure has been established, both in percentage and quantity, is reportedly because the maximum permissible errors of the DGT radars are in a range that goes between 3 per cent in the newest, to 7 per cent in the oldest.

More and more radars are equipped with computing methods that allow them to differentiate the type of vehicle that has committed the speed violation, in order to apply the corresponding sanction, a measure that serves to prevent lorries, buses, and vans from matching the speed of passenger cars and motorcycles.

The penalties for speeding carry fines ranging from €100 to €600 euros and can lead to the deduction of up to 6 points from your driving license.

When your excess speed doesn’t exceed 20 kmh in the city, and 30 kmh on the motorway, the penalty is only economic, for example, driving up to 70 kmh in an urban area with a speed limit of 50 kmh, or driving at 150 kmh on a motorway with a 120kph limit, entails a fine of €100.

When these speed ranges are exceeded, we enter the section of serious and very serious infractions, and all of them entail an additional loss of licence points.

With motorway sanctions, the margin is somewhat wider. Thus, if you exceed the maximum speed between 31 and 40 kmh you will lose 2 points; between 41 and 60 kmh, 4 points; and between 61 and 70 kmh, 6 points.

The Penal Code establishes prison sentences of three to six months for driving a vehicle at a speed greater than 60 kmh on urban roads or at 80 kmh on interurban roads than is allowed by regulation. The judge can commute these penalties to a fine of 6 to 12 months, or community service from 31 to 90 days, but, the offence involves the loss of your driving license for between one and four years, as reported by lavanguardia.com.