Travellers Returning From Mallorca To Spain Trigger A Spike In Infections 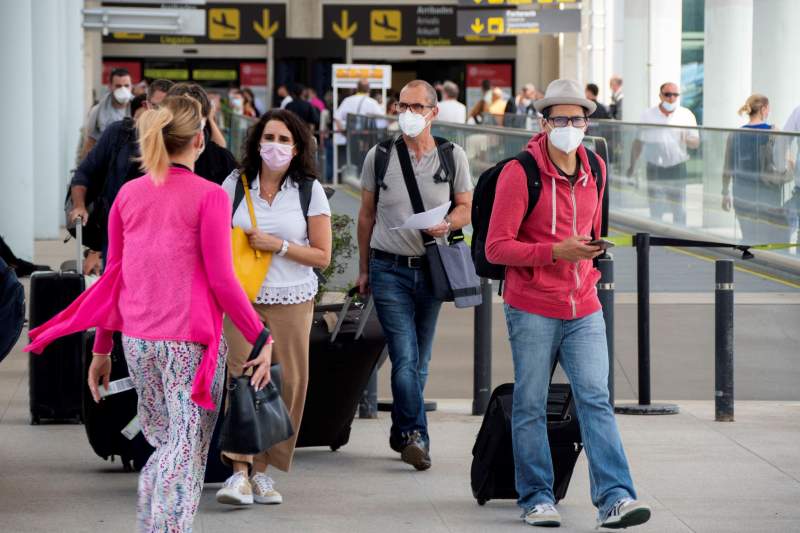 Travellers Returning From Mallorca To Spain Trigger A Spike In Infections.
The health services of Madrid, Murcia, Galicia and Valencia have today, Saturday, June 26, reported new cases of COVID-19 associated with outbreaks linked to end-of-year trips to Mallorca. The total count of cases among students now exceeds 500 across six regions, according to information provided by the regional governments.
While screening continues, the Community of Madrid has already counted 320 cases; Galicia puts the figure at around 50; the Basque Country 49; the Community of Valencia 67; Murcia 20 and Aragon 10: in total, there are 516 cases reported to date.
In addition, 476 young Andalucians are currently in isolation after making end-of-year trips to Mallorca, as reported by the president of the Junta de Andalucía, Juanma Moreno. Testing has already begun to find out which strain of the virus they are carrying.
The Alerts Committee of the Ministry of Health agreed on Thursday, June 24, that those people who have participated in end-of-year trips to Mallorca are all now considered “close contacts” after the contagions were detected a few hours ago.
At the same time, the Generalitat de Catalunya is investigating a massive outbreak that occurred in end-of-year celebrations of high school students, not in Mallorca, but on the neighbouring island of Menorca. This outbreak has 24 confirmed positive cases and another 40 are being studied.
The Balearic Government has announced that it has opened proceedings against the organizers of a Reggaeton concert at the Plaza de Toros in Palma and is investigating nine hotels for outbreaks associated with end-of-year trips.
The massive Covid-19 outbreak amongst students from the mainland who were celebrating the end of their course in s’Arenal, did not originate in Mallorca, according to the Regional spokesperson for the Infectious Diseases Committee, Dr Javier Arranz.
“There is not much data and it is difficult to say whether or not the index case of the mega-outbreak is from here,” he said. “The first person who had symptoms was a group monitor, but it’s possible that other asymptomatic patients caused it. What we do know is that the infection is not due to a bad situation in the Balearic Islands.”
In the Community of Madrid, 320 positive cases have been detected among students aged 17 to 19 years, affecting 61 Basic Health Zones (ZBS) of the Community of Madrid, throughout the region.
The young people, from 31 high schools in the region, stayed in eight hotels in Mallorca during those days and had “a very intense program of activities with festivals”. According to Andradas, the students admitted a “generalised non-compliance with the obligatory use of the mask”. Most of them are asymptomatic or have mild symptoms, so far, no one has been hospitalised.
All of the infected travelled to Mallorca between June 18 and 20 after on a trip organised by a travel agency in Valencia and the positives were confirmed on their return.
As a consequence of the “mega outbreak”, which has an infection rate of 17 to 23%, there are another 2,000 students “exposed and quarantined” due to their relationship as close contacts of the positive cases.
In addition, the Madrid authorities suspect that there is intrafamilial transmission, although this circumstance is still being studied pending the results of the epidemiological tests carried out. The strain has been identified as the British variant, although he does not rule out the possibility that there may be someone affected by some other strain.
In Galicia, the Regional Minister of Health, Julio García Comesaña, has estimated around 50 cases of covid-19 in Galicia associated with the end-of-year trips to Mallorca, of which 30, the “largest nucleus”, are located in the city of Pontevedra. The rest are distributed between Lugo, Ourense and Vigo.
The Galician health department expects to have “in the coming hours the map of schools” that had some link with these trips to make them “as soon as possible the corresponding test and, if appropriate, subject them to the established quarantine”.
The outbreak in Galicia affects not only students but also their direct relatives. Moreover, these positives correspond to both the British and delta variants.
In the case of the Basque Country, it seems that these were trips organised by the students themselves after the end of the course. The Basque Department of Health is developing a screening in which saliva tests will be carried out on around 250 to 300 people.
In addition, at least five young people from *Guipuzcoa who had participated in the end-of-year trips to Mallorca have been isolated on the Balearic island after testing positive for Covid-19, according to relatives of young people who are taking part in a mass screening in San Sebastian.
In statements to the media, the mother of one of the young people who have travelled to Mallorca has reported that in Mallorca were gathered “quite a few young people” during those partying days and “there were places where there were too many youngsters,” she said.
*Gipuzkoa is a province of Spain and a historical territory of the autonomous community of the Basque Country. The province has 89 municipalities and a population of 720,592 inhabitants (2018)- it’s capital city is Donostia-San Sebastián.