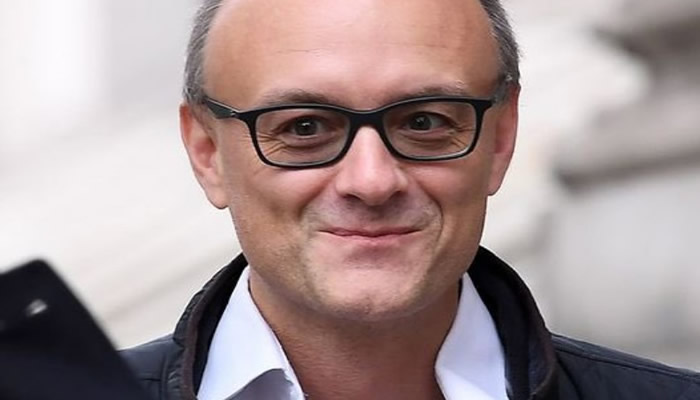 Dominic Cummings says it is his 'duty' to get rid of Boris Johnson. image: twitter

With the shock resignation on Saturday afternoon of Health Secretary, Matt Hancock still fresh, opposition politicians are lining up to voice their opinion on whether Prime Minister Boris Johnson handled the situation correctly.

Mr Johnson had said he considered the matter closed on Friday after the former Health Secretary had apologised for breaching coronavirus protocols, but many politicians are saying he should have sacked Mr Hancock at the time.

The subsequent announcement from Downing Street confirming the appointment of former chancellor Sajid Javid to replace Matt Hancock has made Boris Johnson’s former chief advisor Dominic Cummings one again take to Twitter where he made suggestions that it was in fact the PM’s new wife, Carrie Symonds, who had been involved in the decision to install Mr Javid as the new Health Secretary, according to Sky News.

It was well documented at the time that Cummings and Javid had not seen eye-to-eye, which led to the resignation of the chancellor in February 2020, to be replaced by current chancellor Rishi Sunak, as Dominic Cummings criticises that decision when tweeting his thoughts about the new Health Secretary on Saturday evening:

So Carrie appoints Saj! NB If I hadn't tricked PM into firing Saj, we'd have had a HMT with useless SoS/spads, no furlough scheme, total chaos instead of JOINT 10/11 team which was a big success. Saj = bog standard = chasing headlines + failing = awful for NHS. Need #RegimeChange

Sir Keir Starmer, the opposition leader had earlier in the evening spoken on Twitter on behalf of the Labour Party, where he said, “Matt Hancock is right to resign. But Boris Johnson should have sacked him”.

While Anneliese Dodds, the Labour chair tweeted, “A Health Secretary who behaved like rules didn’t apply to him. A prime minister who didn’t have the guts to remove him. A government riddled with sleaze. Now Matt Hancock has gone, the prime minister must clean up this crony government”.

Labour’s shadow health secretary, Jonathan Ashworth, wrote on Twitter, “It is right that Matt Hancock has resigned. But why didn’t Boris Johnson have the guts to sack him and why did he say the matter was closed? Boris Johnson has demonstrated that he has none of the leadership qualities required of a prime minister”.