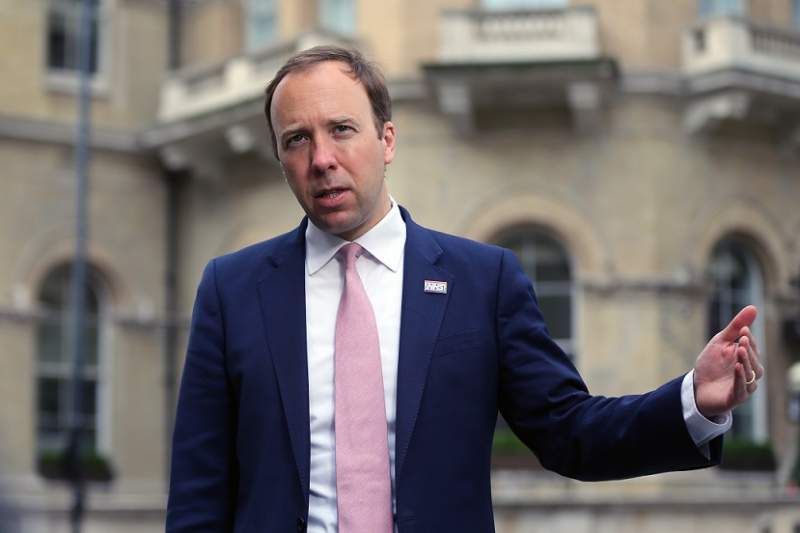 Northern Ireland Secretary, Brandon Lewis, has confirmed to Sky News that an official investigation has been launched to probe how footage from the camera in Matt Hancock’s Whitehall office showing him in romantic embraces with his aide, Gina Coladangelo, ended up being leaked to a national newspaper, with the CCTV camera in question now allegedly being disabled.

Speaking on the ‘Trevor Phillips On Sunday‘ programme, the minister was quizzed about the footage leak, and he revealed that the investigation would be taking place, saying, “It’s something we need to get to the bottom of. Quite rightly what happens in government departments can be sensitive and important. So yes, I do know that is something the Department of Health will be taking forward as an internal investigation.”

Jeremy Hunt, the former Health Secretary, talking on ‘The Andrew Marr Show‘ today, Sunday 27, commented, “We have, rightly in this country as a democracy, as an open society, protection for whistleblowers who find things out and release them in the public interest and we don’t want to undermine that, it’s a very important part of how we work”.

Continuing, “But I do think we need to understand how this happened, and to make sure that ministers are secure in their offices, to be able to have conversations that they know aren’t going to be leaked to hostile powers”, while even suggesting that whoever released the footage may have broken the Official Secrets Act and could face jail.

Before adding, when asked about the monitoring of ministers not being allowed without their permission, “It goes back to Harold Wilson‘s time, although of course our telephone conversations; there’s always someone listening in, as a member of your private office, to get a record, so you’ve got some… back up for what’s talked about”.

Alan Johnson and Rory Stewart, two former members of the Cabinet, both said that during their time in government there had never been cameras in their offices, with Mr Johnson telling ‘Trevor Phillips On Sunday’, ‘I could never understand why there was a camera in the Secretary of State’s office. There was never a camera in my office when I was health secretary or in any of the other five Cabinet positions”.