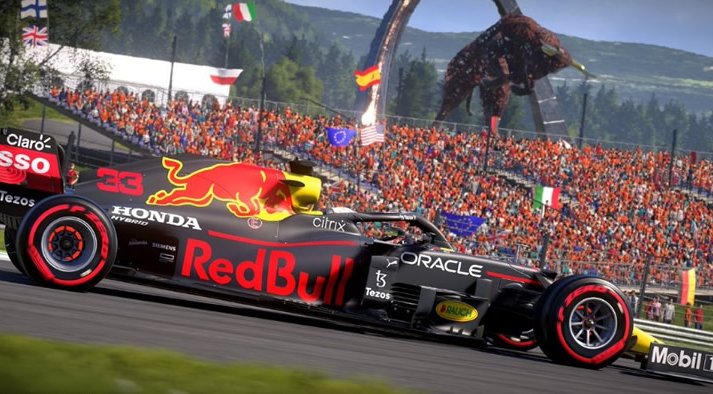 Max Verstappen wins again, as he dominated the Styrian GP from start to finish this afternoon, Sunday 27, at the Red Bull Ring in Spielberg, Austria, to extend his lead at the top of the driver’s championship to 18 points over rival Lewis Hamilton, who came in second, and making it Red Bull’s fourth win in four races.

Mercedes do not seem to be able to cope with the power of this season’s Red Bull cars, much to the frustration of seven-time world champion Lewis Hamilton, who is having to accept that fact, no matter how hard he pushes, and this is the first time in eight years that Mercedes has gone four races without a win, and Hamilton’s only bonus today was the extra point he gained for the fastest lap.

Hamilton’s teammate Valtteri Bottas fought his way from fifth on the grid to a third-place podium spot, pushing the other Red Bull of Sergio Perez – who had the fastest lap at that point – back into fourth, after an extra pitstop cost the Mexican his third place in the field at the time.

Young British driver Lando Norris drove his McLaren to another fifth-place finish, having started third on the grid, but still continuing his brilliant season, and he is undoubtedly destined for a huge career in F1.

Ferrari continued to make some progress, Spain’s Carlos Sainz Jr finishing in a marvellous sixth position, while his teammate Charles LeClerc had to pit after an accident with Alpa Tauri‘s Pierre Gasly, damaging his front wing which gave the Frenchman a puncture that ripped off his left-rear wheel, and having a new front wing fitted, which saw him drop to last place, but he fought back through the field to end up in seventh.

Next up is the Austrian GP, at the same Red Bull Ring circuit, where Mercedes will be hoping for a better result.