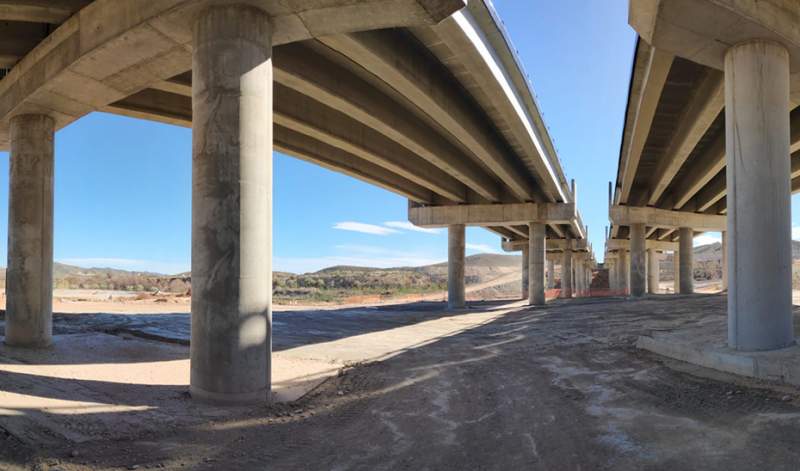 Direct link THE regional government has awarded a €24 million contract for the final section of the A-334 Almanzora motorway between the La Concepcion junction and the A-7 Autovia del Mediterraneo, linking directly to the coast.  The completed section will provide access not only for residents and visitors but also lorries from the marble quarries.

Footsore ALMERIA’S College of Chiropodists set a trap for an Albox podriatrist they suspected of practising without qualifications by sending a private detective posing as a client to his consulting room. This was the second time that the College reported him and the provincial High Court has now handed him a 16-month prison sentence.

Switch off THE mayors of Albox, Taberno and Oria have signed a joint appeal against Spanish Electricity Network (REE) plans to install a power line that will cross the Almanzora Valley from Baza to the Ribina area in Vera. The project will affect agriculture and rural tourism, the mayors maintained.

Busy time THE docks at Carboneras and Almeria City, both run by Almeria’s Port Authority (APA), handled almost 685,000 tons of merchandise last May, 129 per cent more than in May 2020.  The 2.6 million tons passing through both seaports between January and June made APA Andalucia’s busiest port authority.

Best beaches PLAYA DE LOS MUERTOS in Carboneras inside the Cabo de Gata-Nijar national park was ranked as one of Spain’s 10 most idyllic beaches by the www.eltiempo.es meteorological website.  Three of the remaining beaches were located Baleares, with one each in the provinces of Huelva, Alicante, Girona, Asturias and Lanzarote.

Lucky escape EIGHTY people were evacuated from three Vera apartment buildings in the early hours of last Saturday morning when residents contacted the Emergency Services after noticing a strong smell of gas. They were all able to return home once the leak had been repaired and the building thoroughly aired.

A new face PEDRO ANGEL TORRES MOLINA was sworn in as Mojacar’s councillor for Public Works and Gardens after Agustin Montoya Perez resigned from the post on reaching retirement age. Torres, who is 43, married and the father of two children, has until now been a court-appointed judicial expert.

Parked up APPLICANTS hoping to buy parking spaces or storage units at Almeria City’s municipally-owned site in Calla Arraez can now put their names down to pre-register on the www.almeria21.com website.  Vehicle and motorcycle parking spaces will cost €22,000 and €7,000 respectively, while storage units are priced at €6,000 each.