Woman Who Suffered Chronic Pain For 37 Years Shocked At What Surgeons Found In Her Nose! 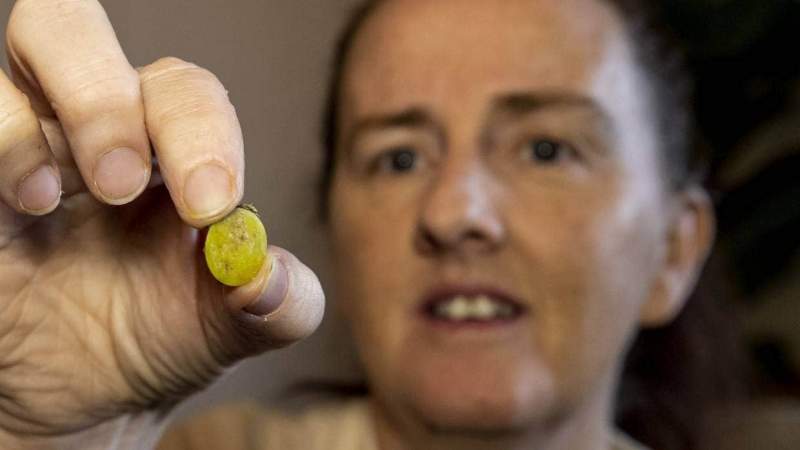 Woman Who Suffered Chronic Pain For 37 Years Shocked At What Surgeons Found In Her Nose! image: Twitter

Woman Who Suffered Chronic Pain For 37 Years Shocked At What Surgeons Found In Her Nose!

Unbelievable- but true! Here is the story of hospital kitchen worker Mary McCarthy, who, for most of her life, suffered from chronic pain on the right side of her nose. After taking an extremely painful Covid-19 test last year, her nasal problems deteriorated even further.

The reason behind years of pain soon became obvious, when on Thursday, a ‘surprised’ surgeon at Christchurch Hospital in New Zealand extracted a yellow tiddlywinks piece – 37 years after it was lodged in her upper nose as a child.

McCarthy, 45, an Addington resident, was recovering on Friday and, although still experiencing some pain and being very nasal, was breathing through her right nostril for the first time in eight months and seeing the funny side of her tiddlywink story.

She said she remembered playing tiddlywinks with her seven brothers and sisters and as an 8-year-old took the game on a tangent by putting one piece up each nostril and “blowing them out to see how they would go. One time, I accidentally inhaled one instead of blowing it out, and I was a bit too scared to tell my mother, so I didn’t. I remember being terrified at the time, thinking ‘where has it gone?’”

Not one to complain, she put the accident at the back of her mind and carried on with life.

“I always had difficulties breathing through my nose over the years but never gave it much thought.” However, last year the problem took a turn for the worse.

After a Covid-19 nasal swab test in October, she was in pain for days afterwards and then started developing serious sinus problems. “My nose would be leaking constantly and I was just in a lot of pain.”

She went to several doctors who put the pain down to a chronic sinus condition, (none of the practitioners asked for a scan).

She finally had enough and decided to go private and had booked an appointment to see an ear, nose and throat specialist in the coming August. But things worsened and she needed help sooner.

On Wednesday, June 23, she finished work in a lot of pain and went to Christchurch Hospital’s emergency department.

Mary said: “Luckily the nurse and doctor believed it was more than sinus pain. They asked me if I had ever put anything up my nose and I told them about the tiddlywink, sort of laughing it off.”

A CT scan soon revealed an object in her upper nose, although it did not look like a tiddlywink. The doctor tried to remove it while she was awake, but it was too big and too painful.

In the operation, the object was pushed through her nose and extracted through her mouth. The Covid test had dislodged the disc and caused an infection, surmised the surgeon.

“When I woke I said, ‘what was it?’. And they said it was the laugh of the hospital – a tiddlywink and it hadn’t even lost its colour. There was calcification around it and that was probably why my nose had grown a bit crooked.”

McCarthy said she was now looking forward to a life of easier breathing and a straighter nose.