EXCLUSIVE: A new reality show based on La Sala Banus could hit TV screens this year 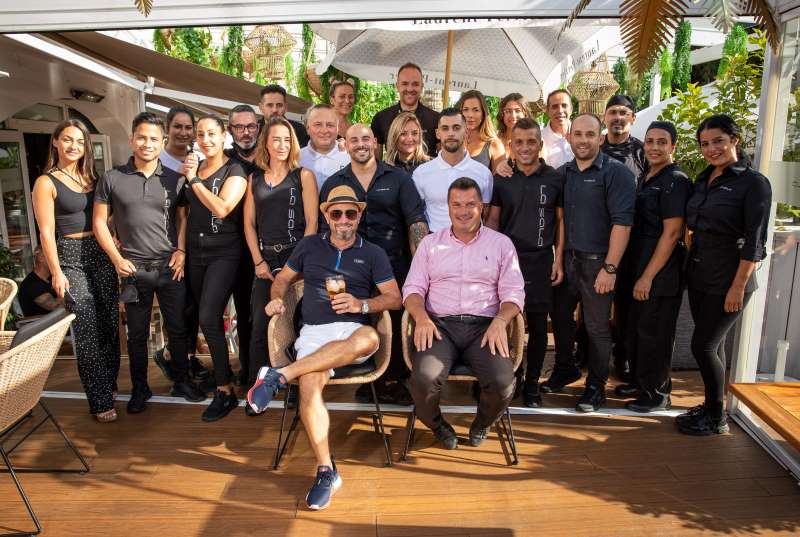 PLANS are afoot so that a new reality show based on La Sala Banus could hit TV screens this year.
It has been some time since there has been a ‘fly on the wall’ documentary about life on the Costa del Sol but a new collaboration between the Sala Group and Warrior Film Productions might see that change.
When Ian Radford, Chairman of Sala Group met Jeff Clarke, Managing Director of Warrior Film Productions at a charity event on the Costa del Sol, they got chatting.
Both businesses had suffered dramatically from the lockdown and the pandemic, and two of the Warrior productions which were due to be filmed in the UK last year just had to be put on hold.
Equally, the very popular La Sala Banus in Marbella was closed for months and has only recently re-opened but whilst relatively busy, is experiencing a lack of British tourists.
So, after chatting for a while, they both decided that a story showing the good, the bad and occasionally ugly truth about living and working on the Costa del Sol based on staff and visitors to both La Sala Banus and La Sala by the Sea would be a great topic for a TV series.


Initial footage has already been filmed under the direction of local cinematographer Mark Beltran and this will be presented as a mini pilot for the proposed series.
It is planned that there will be an initial six one-hour programmes following the lives and back stories of a number of those working for La Sala but it won’t be all glitz and glamour as it will tackle the past year and how it has affected all involved.
All of those being interviewed will be seated in an iconic red chair, often placed somewhere away from the restaurants in unusual yet important Costa del Sol locations and wherever possible, there will be celebrity interviews depending upon who is in town at the time.

This will be a reality show with a difference as it reveals not just personal relationships or days and nights in the venues but will look at how the Costa del Sol and its residents from many different countries and cultures have coped with Covid-19 and the uncertainty of the situation using La Sala as a focus.
Many businesses have sadly gone under during the past 15 months and the Sala Group will make a very interesting subject as viewers see whether they will bounce back and possibly expand due to the opportunities that have arisen from the mega-shake up that the pandemic has created.
If all goes well and finance is available then it is hoped that shooting will start in the latter part of July.
Thank you for reading ‘A new reality show based on La Sala Banus could hit TV screens this year.’