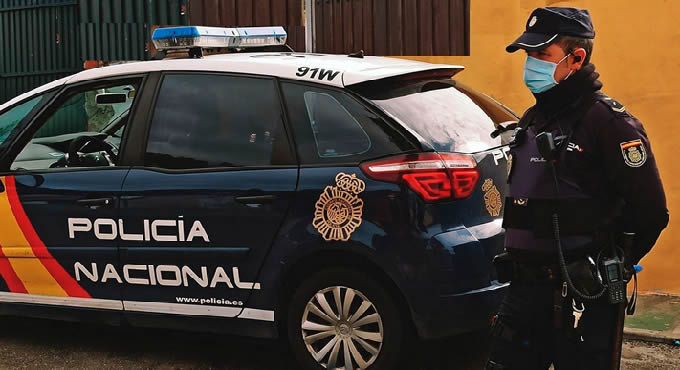 National Police officers in Gijon have arrested a 56-year-old man, accused of pretending to have been the victim of a kidnapping attempt, inventing the story in an effort to stop his girlfriend from terminating their relationship.

According to a press release from the Gijon police station, the man had first sent anonymous threatening letters to his partner to make her believe that she was in danger, and then pretended to have been kidnapped by three people who he claimed had injured him in the leg to try and force him to leave the relationship.

This incident started at the beginning of last February after the man’s partner filed a complaint with police in which she reported having received a white envelope, without any postage stamp, or return address, which contained several handwritten sheets of paper that threatened her with harm her if she continued to post her photos on her Instagram profile.

There were also other comments in the pages that clearly alluded to moments in her daily and personal life that only people around her or people who had been watching her could know about, and then just a few days after receiving the envelope, her partner went to the police to report being the victim of a kidnapping involving injury.

In his statement, he claimed he was approached by an individual as he left home, who forced him at knifepoint to a park near the Arbeyal beach, where two other men were waiting for them, who he claimed told him he must end his relationship with the girl, and cut him on the leg, for which he attended a medical centre for treatment.

Investigating officers deduced his statement to not be a true version of events, and then he subsequently lied to his partner about having terminal cancer, in a bid to stop her from leaving him.

Eventually, the man admitted to the police that he had invented his story, with their investigations into him finding that he had never been treated for any serious pathology, and he was, charged, released, and is pending trial, as reported by 20minutos.es.