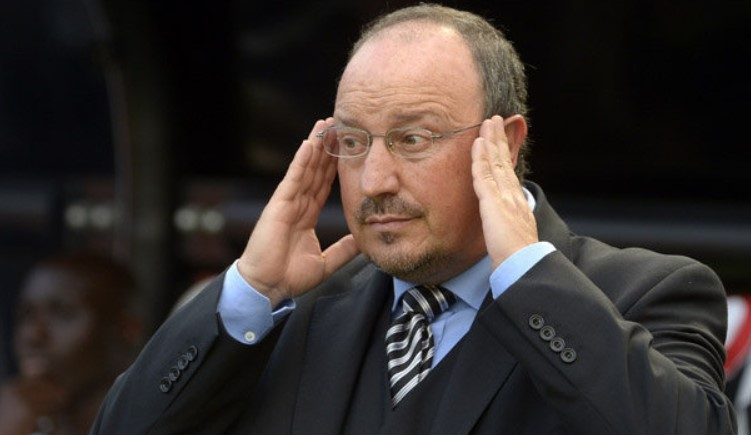 An investigation is reportedly taking place on Merseyside, after the discovery of a banner seemingly aimed at former Liverpool manager Rafa Benitez, who is allegedly poised to join Everton as manager, replacing Carlo Ancelotti.

The banner was left outside a home which is not that of 61-year-old Benitez, but is in the same area as the home he kept with his family, on the Wirral, after leaving the Liverpool job, with the banner reading, “We know where you live. Don’t sign”.

When rumours started circulating that Everton majority shareholder, Farhad Moshiri, was chasing the former Liverpool boss to be the club’s next manager, protest banners appeared outside Goodison Park, but this takes things to a new level really.

Detective Inspector Darren Taylor of Merseyside Police said, “This message has understandably caused some distress and worry for residents in the area. Due to the football language used, we suspect that it was aimed at Rafa Benítez – but whoever placed the message left it outside the wrong house. If anyone has information about who produced the banner or helped to put it up, please let us know as soon as possible”.

Contract terms for a three-year deal are believed to have been agreed in principle, after talks with Moshiri, but Benitez’ prospective appointment is facing widespread opposition among Toffees fans, after the Spaniard had previously been boss of their rivals Liverpool, and on one occasion in 2007 he had labelled the Goodison club “a small club”.

If he is appointed, and becomes Everton’s sixth permanent manager in five years, then he will have some serious bridges to build to win the fans over, as such city rivalries tend to have long memories, as reported by theguardian.com.

To do this to someone’s family, outside the family home, is an absolute disgrace.

A step too far completely. We’re better than this as a fanbase 🔵 pic.twitter.com/Z7Wrcr7T8i