Official Autopsy On The Body of John McAfee Points To Suicide 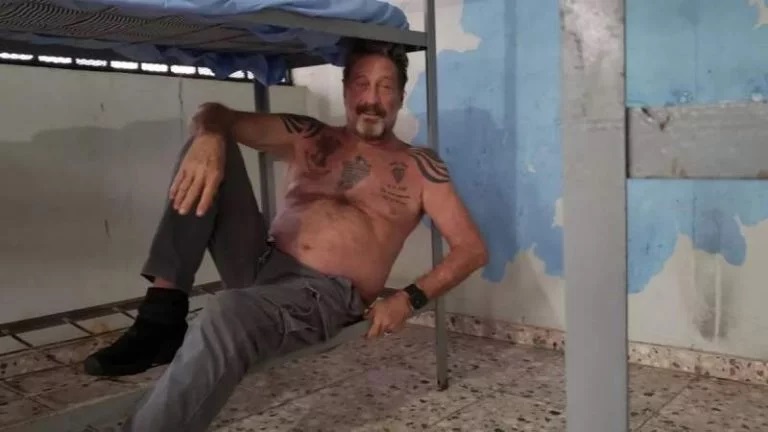 Official Autopsy On The Body of John McAfee Points To Suicide. image: Twitter

Official Autopsy On The Body of John McAfee Points To Suicide.

The official autopsy on the body of John McAfee showed that he died by suicide in the Spanish prison cell as he awaited extradition to the United States, according to a report from the El Pais newspaper on Monday, June 28.

A spokesperson for Catalonia’s court system, which is in charge of the autopsy, did not have any more information to report.

According to El Pais, prison wardens found the body of software mogul McAfee hanging in his cell on Wednesday, June 23, in what appeared to be a suicide, said his lawyer Javier Villalbalast last week. He also said that on Friday, McAfee’s widow Janice asked him to request a second, independent autopsy once the results of the first had been released.

Janice McAfee has said she does not believe her husband was suicidal and has blamed U.S. authorities for his death. read more

British-born McAfee, who launched the world’s first commercial anti-virus software in 1987, was detained last October at Barcelona’s El Prat airport. He had lived for years on the run from U.S. authorities, some of that time he spent aboard a megayacht with his wife Janice.

He was indicted in the U.S. state of Tennessee on tax evasion charges and was charged in a cryptocurrency fraud case in New York.

American billionaire tycoon John McAfee, known for creating antivirus software, was found dead in his Catalan prison cell on Wednesday, June 23. His death came a day after the Supreme Court approved his extradition to the United States for alleged tax crimes committed between 2016 and 2018.

The Widow Of John McAfee Calls For An Investigation

John McAfee Tweeted: ‘If I Die Like Epstein, I Didn’t Do It’, Before Being Found Hanged In His Cell