Political Parties Mutiny In Granada Because The Mayor Will Not Resign 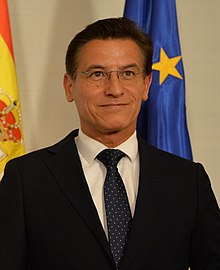 PSOE, PP, Podemos and Vox walked out the latest plenary session in Granada because the Ciudadanos Mayor will not resign.

Political parties in Granada walked out of a plenary session on June 25 as their demands for the mayor to resign failed to unseat Luis Salvador who is now clinging to power despite repeated calls for him to leave office.

Salvador dismissed the walk out as “theatre”.

PSOE and the Partido Popular (PP) are considering meeting to discuss what, if anything, can be done to remove Salvador.

PP councillor, Cesar Diaz, said, “There is no point in prolonging an untenable situation” while his Podemos counterpart, Antonio Cambril, said the unseemly stand-off in the chamber was a “shame”, ABC reported.

Salvador has been mayor of Granada since 2019.

Earlier this month, the PP accused Luis Salvador, the head of the Ciudadanos, of “entrenching himself” in office, while Salvador refused to resign and indicated he would seek a coalition partner elsewhere and that he is willing to speak “of future scenarios with everyone.” No such partner has been forthcoming.

On June 8, the president of the PP in Granada, Francisco Rodriguez, said the party’s seven councillors had renounced their powers and exited the coalition with Ciudadanos.

The PP said Salvador’s refusal to alternate who holds the position of mayor is their reason for breaking the pact.

Rodriguez said, “A city like Granada cannot be governed from solitude.”

“He has made it very clear to us that he is not leaving, that he doesn’t want to. He has to realise that he can’t stay in office. There are only two options: entrench himself as he is doing now or call a full inauguration,” he added.