Sanchez And Aragones To Meet Tomorrow 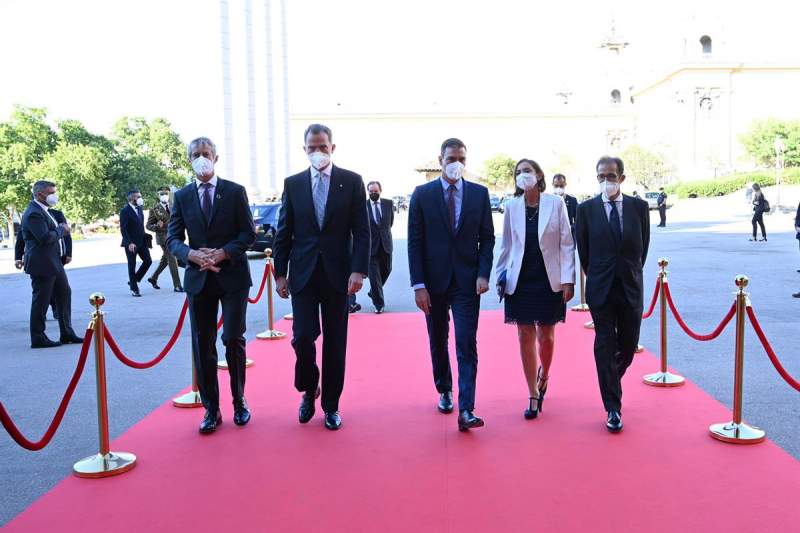 President Pedro Sanchez is due to meet the President of Catalonia, Pere Aragones, in Madrid tomorrow. Last night Aragones greeted both Sanchez and King Felipe at the relaunch of the Mobile World Congress (MWC) tech show in Barcelona.

THE glitzy event was hailed as the reopening of the Spanish economy and a return to a degree of normalcy for Barcelona.

On Saturday, 10,000 people were tested for Covid-19 ahead of attending the MWC show in a mammoth operation that officials say went smoothly.

“See you Tuesday,” Aragones is reported to have quipped to Sanchez.

They are due to hold talks in La Moncloa on June 29 in their first official meeting since the pardon of nine Catalan separatist leaders who were jailed in 2019 for their roles in a failed independence referendum in 2017.

Aragones has pledged to call for a new independence referendum. He said the pardons are “an acknowledgment that the sentences were unfair” but added that it is now time for “amnesty and the right for self-determination.”

“It is time to put an end to the repression and have an agreed referendum, it is time for amnesty and self-determination, for dialogue, politics and negotiations to find a democratic solution that respects the wishes of the majority of the people of Catalonia,” he said on June 23.

According to the government the meeting is to resume dialogue between Madrid and Barcelona.

At his inauguration on May 23, Aragones promised to make “self-determination inevitable.”

Earlier in May, Aragones told the regional parliament that he would “lead the social and economic reconstruction for the country” while continuing “the struggle for amnesty and self-determination.”

He was congratulated by the former Catalonian president, Carles Puigdemont, from his self-exile in Belgium after he declared the region’s independence following a referendum in 2017.