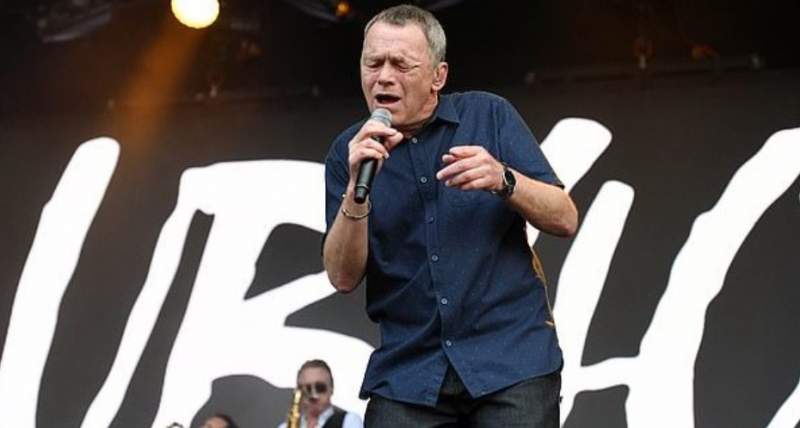 UB40 Singer Duncan Campbell suffered a stroke last year (2020) and had since been rehabilitating in the hope of rejoining the band. However, after experiencing a seizure earlier this month he has now announced that he is leaving the band and retiring from music altogether.

The band shared a statement this morning in which they said they would be announcing a new lead singer shortly.

“Unfortunately, due to continued ill health, I have reluctantly decided to retire from the band so as to focus on my recovery,” said Duncan in a message on the band’s official website.

“I am very grateful and would like to express my sincere thanks, to the fans for all their support during this time and indeed throughout my time with UB40. The band have my full support going forward and, of course, my very best wishes for the future with their new singer.”

Campbell’s older brother and bandmate Robin said on behalf of UB40: “We’ve been rehearsing with every intention of Duncan’s return to performing, but sadly, after suffering further illness, he has made the decision to retire from music in order to concentrate fully on his recovery. While we are deeply saddened, we completely understand and fully support his decision. As far as touring goes, we are ready to hit the road for our upcoming summer shows and will be announcing our new frontman imminently.”

The band scored over 50 singles in the UK Singles Chart, and have achieved success around the world, including Grammy nominations for Best Reggae Album four times.

Their biggest songs included ‘Food for Thought’, ‘Red Red Wine’, ‘Can’t Help Falling in Love’, ‘I Got You Babe’ and ‘Kingston Town’.

Their two biggest albums, Labour of Love (1983) and Promises and Lies (1993), were number ones in the UK. They hold the record with Madness for most weeks spent by a group in the UK singles chart during the 1980s, with 214 weeks each.