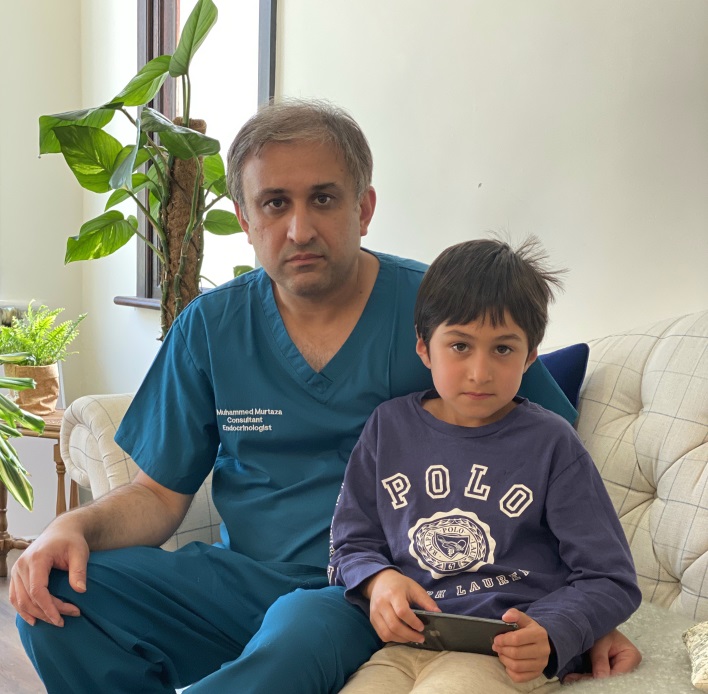 Shocked Muhammad, who is a doctor by profession, said: “Initially, my thought was that I had been scammed. I never thought it would be possible to spend that much money on a kids’ game.”

His young son, Ashaz, was only playing the free game for an hour- dad Muhammad had no idea it offered unlimited in-app purchases for up to £109 – €126.82.

Seven-year-old Ashaz Mutasa went on to purchase a number of the expensive top-ups while he was playing the game, called ‘Dragons: Rise of Berk’ and his dad didn’t find out until it was too late when he discovered the 29 email receipts waiting for him.

Muhammad, who lives with his wife Fatima, and Ashaz’s siblings Areefa and Aliyah, continued: “I said to customer services, ‘Well done, you’ve ripped me off, you have succeeded in ripping my child off’.

Apple responded by saying it would not comment on specific individual cases but did add that they take all such incidents ‘very seriously’ and advised parents to take precautions when letting their kids play games on mobile devices.

It advised that features such as Parental Controls, Apple ID per user, iCloud Family Sharing and Ask to Buy, available from the iTunes store, could prevent mistakes like this from happening.

However, after reading the advice, Muhammad still had to sell his Toyota Aygo in order to pay off the £1,289.70 – €1,500 bill from the Apple iTunes store.