Do You Know how to React in a Traffic Emergency? 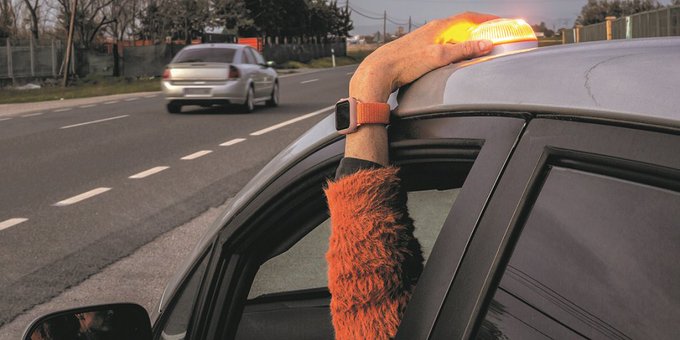 Do You Know how to React in a Traffic Emergency? Image - Twitter

APPARENTLY, half of the drivers in Spain do not know how to act when faced with a traffic emergency.

Worryingly, half of the people driving in Spain do no know how to react when they have to perform an emergency traffic stop, not knowing how the emergency red triangles are used, and 14 per cent not even knowing they are required to wear reflective vests when getting out of their vehicle.

A study prepared by the Royal Automobile Club of Spain (RACE) and the energy company bp, reveals that three out of four Spanish drivers have had an emergency breakdown or an accident during a trip, yet, 22 per cent did not use their emergency triangles.

It should be noted that if the breakdown happens on a two-way road, the driver must place an emergency triangle in front of and behind the vehicle. Those triangles must be at least 50 metres from the vehicle and visible from less than 100 metres away. However, on a motorway, you will only need to place a triangle at the rear of the vehicle.

The report also showed a general lack of knowledge in where the driver should wait for emergency services when the incident or breakdown occurs. Shockingly, 23.5 per cent think it is best to stay inside of the vehicle, however, the General Directorate of Traffic (DGT) recommends leaving the vehicle as long as it can be done safely.

This information is all within the framework of the new emergency service on public roads regulations, including the use of the V-16 emergency signalling light devices that come into place on July 16. This light will replace the emergency triangles, Malaga Hoy reports.

“From this date, drivers will be able to choose the V-16 device instead of the triangles, thus avoiding the risk of having to move on the road since, according to the DGT, in the 248 accidents that occurred between 2013 and 2019 As a result of breakdown or accident, 39 people lost their lives when they were run over,” RACE stressed.

This light will improve the visibility of an accident or broken down vehicle and will be mandatory as of 2026. The device emits a flashing light, must be placed on the highest part of the vehicle, and it magnetic.