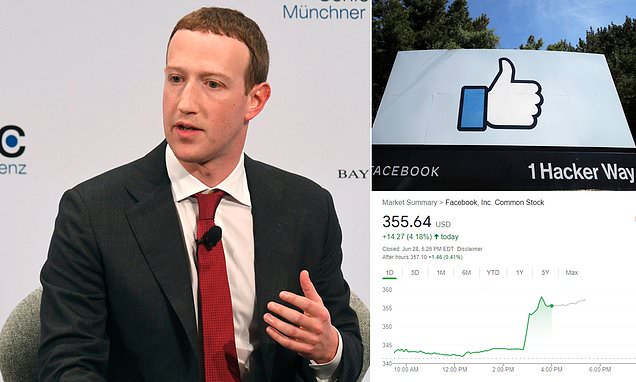 A US judge on Monday dismissed the blockbuster antitrust action against Facebook filed last year by federal and state regulators, helping lift the value of the social media giant above $1 trillion – €0.84 trillion for the first time in it’s history.

US District Court of Washington, Judge James Boasberg, DC dismissed the cases filed in December by the Federal Trade Commission and more than 40 states, which could have rolled back Facebook’s acquisition of Instagram and the messaging platform WhatsApp.

The federal lawsuit “failed to plead enough facts to plausibly establish a necessary element which was that Facebook has monopoly power in the market for personal social networking services,” the judge said in a 53-page report, while allowing authorities the opportunity to refile the case.

In lawsuits filed in December that were consolidated in federal court, US and state officials called for the divestment of Instagram and WhatsApp, arguing that Facebook had acted to “entrench and maintain its monopoly to deny consumers the benefits of competition.”

The judge issued a separate opinion dismissing the case by the states, saying attorneys general had waited too long to bring the case for the acquisition of Instagram in 2012 and WhatsApp in 2014.

The judge said the FTC complaint “says almost nothing concrete on the key question of how much power Facebook actually had… it is almost as if the agency expects the court to simply nod to the conventional wisdom that Facebook is a monopolist.”

The federal agency based its case on a “vague” assertion that Facebook controlled more than 60 per cent of the social networking market, but the FTC “does not even allege what it is measuring.”

Boasberg wrote that “the market at issue here is unusual in a number of ways, including that the products therein are not sold for a price… the court is thus unable to understand exactly what the agency’s ’60 per cent-plus’ figure is even referring to, let alone able to infer the underlying facts that might substantiate it.”