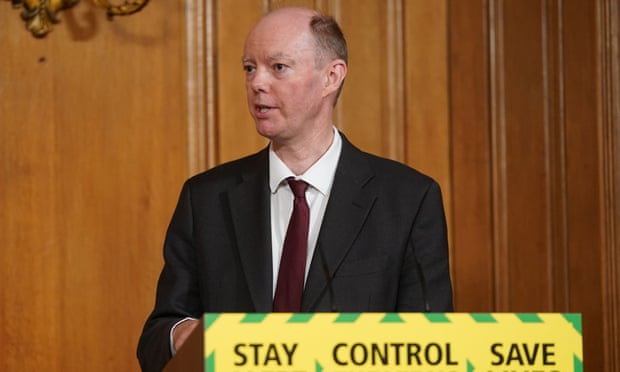 Prime Minister Boris Johnson and Labour leader Keir Starmer have condemned the harassment of former Chief Science Advisor Chris Whitty in London, a video of which surfaced on social media.

The video, which was shared on Twitter, shows two men grappling with Whitty while they laughed and filmed the incident. Police are now investigating.

“I’m shocked at seeing the despicable harassment of Chief Medical Officer Chris Whitty. I condemn the behaviour of these thugs,” Johnson tweeted.

“Our hard-working public servants should not have to face this kind of intimidation on our streets and we will not tolerate it.”

Vaccines minister Nadhim Zahawi also posted on Twitter, “This is disgusting and these thugs must be found and charged. Zero tolerance for harassing a public servant.”

“Chris Whitty is a dedicated public servant who has worked tirelessly to help get us through this crisis. The police are right to investigate this harassment,” Keir Starmer also tweeted.

The Metropolitan Police said in a statement, “We are aware of a video being shared online showing an incident that took place in St James’ Park at around 7.20pm on Sunday, 27 June.

“Officers were in the vicinity policing a nearby demonstration and intervened when they saw what was happening.

“They spoke to the victim and checked his welfare. He had not suffered any injuries and informed officers that at that time he did not wish to make any allegations. He then went on his way.

“Officers continued to speak to the two men and recorded their details. They were robustly warned about their behaviour and ordered to leave the area.

“Police remain in contact with the alleged victim. The incident has been recorded as a common assault and continues to be investigated by the Met’s public order crime team,” the Met added.