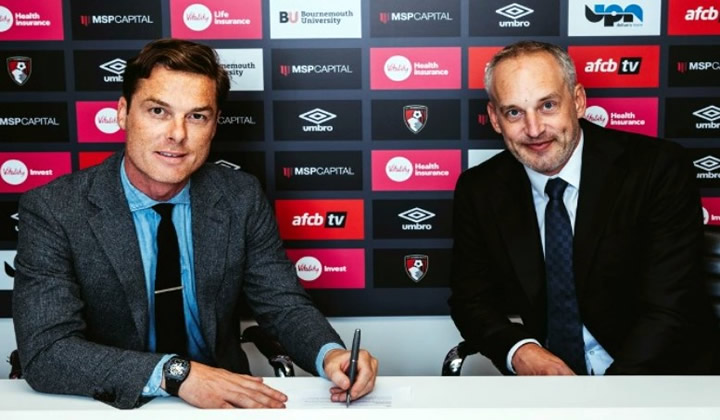 Scott Parker has left the job of Fulham manager, reportedly by mutual consent with the club’s hierarchy, and a few hours later accepted the offer to take over as manager of Bournemouth AFC, the west-London club’s Championship rivals next season.

Parker, aged 40, had reportedly been in talks with the Craven Cottage chairman Shahid Khan for several weeks since their relegation from the Premiership, having been in charge of Fulham since February 2019, during which time he saw them get relegated twice.

According to SunSport, Bournemouth are understood to have agreed a compensation package of between £250,000-£300,000 with Fulham for Parker and his five staff members who will be joining him at the Vitality Stadium, and speaking to afcbTV at his unveiling, Parker said, I believe this is the perfect fit for both parties”.

Adding, “I’m familiar with Bournemouth because of my relationship with Harry Arter. It’s a football club I know well from watching him over the years. The ethos, the reputation, the journey, and the challenge here are something that’s very exciting for me and my staff. We want to build a team the fans can be proud of and one they feel represents them. We can’t wait to get started”.

Speaking of Parker’s departure, Cottagers chairman Shahid Khan said, “Through promotion and relegation alike, Scott has always enjoyed my support as our Head Coach. Scott’s departure does nothing to shake my confidence, however”.

Adding, “We will hire a new Head Coach who is capable of achieving our goal of promotion and will be committed to Fulham and its supporters, and we will field a squad that will respond, compete and win. Onward”, as he hopes the club can bounce back up to the top-flight at the first attempt.