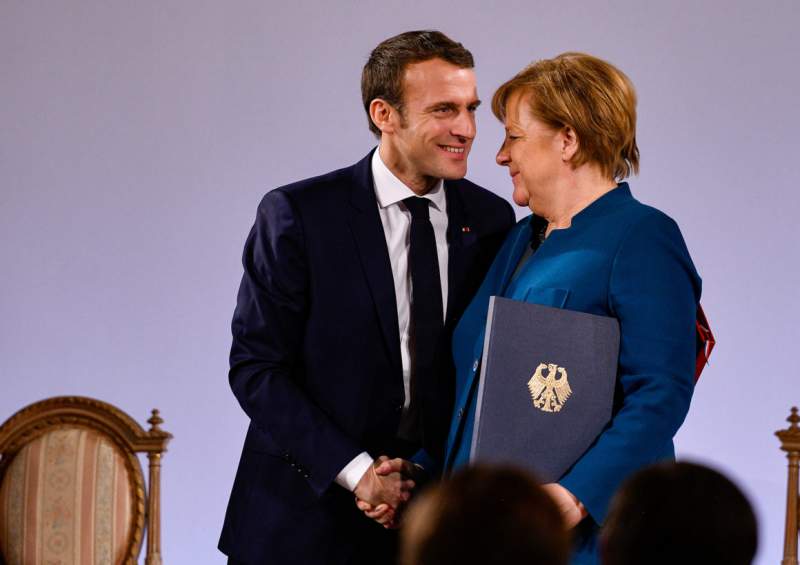 Spain And Greece Battle Germany And France Over EU-Wide Ban On British Tourists.

Angela Merkel is facing an uphill battle in her bid to impose an EU-wide ban on British tourists, with Greece, Spain and other favourite holiday destinations leading a revolt to save their summer 2021 seasons.

Critics say the Franco-German desire to clamp down on Britain, which has one of the highest vaccination rates in the world, is driven by politics not data.

Henry Smith, Conservative chairman of the Future Aviation Group, told The Telegraph: ‘I think the EU probably sees trying to shut Britain out of international travel as being a competitive advantage to themselves, but I think that’s quite short-sighted.

‘Good luck getting the Spanish, Greeks and Portuguese to agree to that because I think they will rightly look at the imperatives for their economy.’

Merkel and Macron were pushed back in their efforts to designate Britain as a “country of concern” last week, but want a universal policy after the Delta variant became the dominant strain in Portugal following an influx of tourists and football fans.

With Malta and the Balearics set to be added to the UK’s ‘green list’ from Wednesday, Mediterranean destinations are keen to welcome back UK tourists on whom their tourism industry spending depends.

This comes as Spain will soon demand a negative Covid-19 test or proof of vaccination from British tourists who want to enter Mallorca, Ibiza and the surrounding Balearic islands, Prime Minister Pedro Sanchez said on Monday, June 28.

“What we are going to do is apply to British tourists who go to the Balearic islands the same requirements we make of other European citizens,” Mr Sanchez told Cadena SER radio. They will need a full dose of vaccine or a negative PCR,” he added, referring to a type of test for the coronavirus.

The new rules will come into force within 72 hours, Mr Sanchez said, without specifying a day. The move was needed because of a worrying rise in infections in the United Kingdom, TVE quoted him as saying.