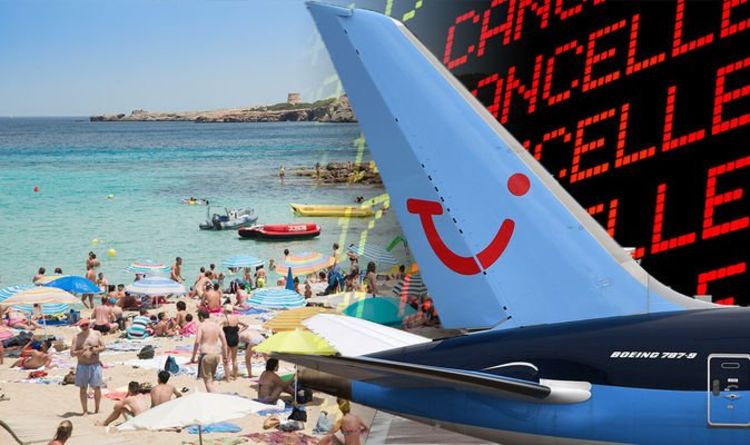 TUI has cancelled holidays to mainland Spain and La Palma until at least July 21 although the airline said it would review these destinations on July 15. But the Balearic Islands are still on, and Ryanair and other operators have yet to follow TUI’s lead.

Thousands of British holidaymakers have had their plans scrapped by TUI which announced it will not be flying to mainland Spain or La Palma until July 21 at the earliest.

“We want to offer our customers flexibility and choice this summer, so where borders are open and FCDO advice allows travel, we will operate to those destinations as planned,” TUI said in a statement on June 28.

“We are continually reviewing our holiday programme and cancellations in line with the government updates every three weeks, with the next update expected on July 15. All customers will be contacted as soon as possible if there is any change to their booking.

“All customers impacted by these cancellations will be contacted directly and will be able to request a full cash refund, or to change to a later date or alternative holiday and receive a booking incentive.

“If we need to cancel any future holidays because of updated government guidance, or as a result of reviewing our holiday programmes, we will be in touch directly and aim to give customers at least seven days’ notice. We would like to thank our customers for their understanding at this time,” it added.

Within hours of the green list announcement budget carriers Ryanair and Wizz Air added extra capacity to their Mediterranean destinations.

Ryanair added 200,000 extra seats from the UK to Malta, Ibiza and Mallorca in July, August and September.

Wizz Air will restart flights to Malta, Mallorca and Madeira from June 30, in addition to its services to Gibraltar, which remains on the green list.

The Spain, including the Balearic Islands will require British holidaymakers to produce a negative PCR test result or proof that they had both doses of a Covid vaccine as of July 1.

The decision comes after the British government added the Balearics to the green list on June 24, but said it was also being placed on a watchlist which means it could be returned to the amber list suddenly. Mainland Spain remains on the amber list.