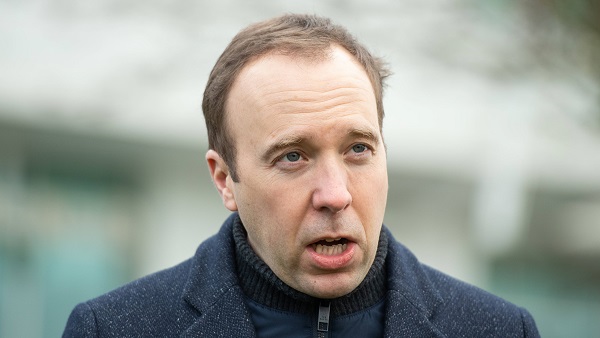 Hapless Matt Hancock is planning a comeback according to pals, but angry locals in his West Suffolk constituency want the disgraced ex-Health Secretary to resign.

Matt Hancock is planning a comeback, his pals have told The Daily Mail, but locals in his West Suffolk constituency want him to resign as MP.

According to the Daily Mail, Hancock is genuinely sorry for breaking Covid rules and wants to maintain a good relationship with his three children after he dumped their mother, Martha Hancock, by phone on Thursday June 24 when he realized pictures of him kissing his tax-funded aide, Gina Coladangelo, would appear on the front page on The Sun the next day.

“He blames himself for everything – this is no-one else’s fault. For now, his children are his priority and he is going to take some time away. But he knows he has to re-emerge at some point. It is going to be a long way back – he knows that – but he is going to try,” a friend said.

Gina Coladangelo, who is also married with three children, has apparently left her husband, Oliver Tress, to set up a love nest with Hancock.

The backlash against Hancock in his constituency is being led by Conservative councilor Ian Houlder.

Houlder told The Telegraph, “I am furious. I do not include his personal affair, which in anybody’s mind is quite sordid, but he has been standing up there for a year pontificating to everybody in the country. That’s what I found really contemptible.”

“Think of people who haven’t been able to bury their mothers or fathers. There he is, just groping away, hands everywhere, tongues everywhere, out of his bubble,” he added.

The Sun’s exposé featured images taken from CCTV footage inside Hancock’s Whitehall office. Labour said the leak amounted to a “major security breach” and has called for an urgent investigation.

Labour MP Chris Bryant added that Hancock must be “the stupidest man on earth” if he conducted his affair knowing that CCTV was recording it.