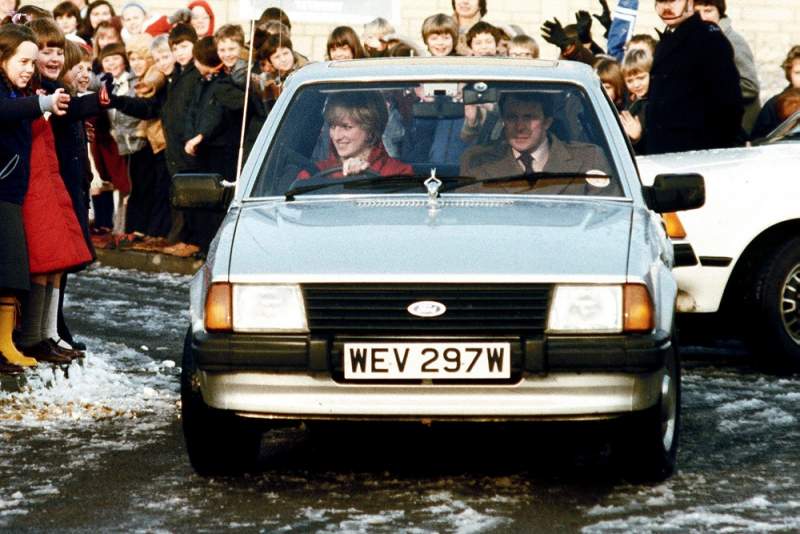 A Ford Escort given to the future Diana, Princess of Wales as an engagement gift by Prince Charles has been sold at auction for £52,640 – €61,272 to an unnamed museum somewhere in Chile, South America.

Diana often drove the silver 1.6L Ghia to social events and to watch Charles play polo after he presented it to her two months before they married in July 1981.

It was later owned by a woman from around the year 2000 onwards who would only drive it on rare occasions with friends and who never revealed the car’s history. It will now be shipped to Chile after it was sold over the telephone at an online auction held by Reeman Dansie in Colchester, Essex.

Lewis Rabett, of Reeman Dansie Auctions, said: ‘The interest has been considerable pre-auction. ‘Ending up in South America is testament to the level of interest globally that there’s been in the car. It’s also a testament to Diana and her enduring legacy.’

This is not the first Princess of Wales memorabilia a museum in Chile has bought. With an enormous fan base in South America, a museum in Santiago, Chile, called Museo de la Moda, bought a gown owned by Diana for an eye-watering £192,000 – €223,488.

The gown was one of Diana’s first official gowns which she wore in 1981 when she was just 19 years old- at the time the museum said that the money was a reasonable sum, considering what an important piece of fashion history it was.