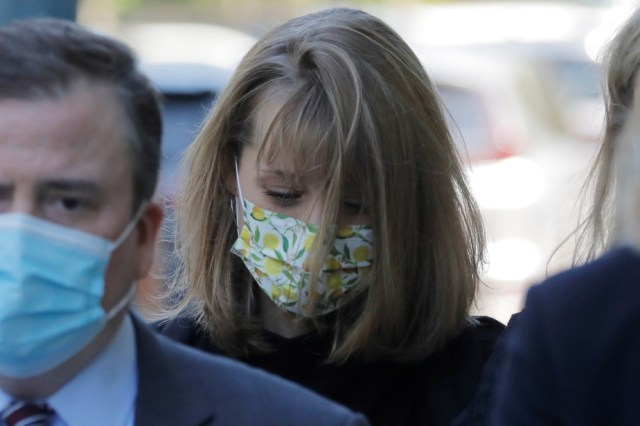 SMALLVILLE actor, Allison Mack, has been sentenced to three years for her part in cult-like NXIVM group.

Mack took part in the cult group by manipulating women to become sex slaves, who were brainwashed and physically branded with leader Keith Raniere’s initials.

Mack had pleaded guilty to the charges against her saying: “I made choices I will forever regret,” she told a New York court, crying as she said she was filled with “remorse and guilt” over her actions.

The actor is best known for playing Superman’s girlfriend in a teen TV show, Smallville, that was about young Superman, Sky News reports.

In a letter that she wrote to the court last week, she said: “I am sorry to those of you that I brought into NXIVM.

“I am sorry I ever exposed you to the nefarious and emotionally abusive schemes of a twisted man.”

38-year-old Mack would have faced between 14 to 17 years in prison, however, prosecutors gave her a much lesser sentence because of her cooperation.

NXIVM was a group, in which Mack was a part of the inner circle, that attracted millionaires and actors. Prosecutors claimed that Mack was a “master” for “slaves” who she forced “to perform labour, take nude photographs, and in some cases, to engage in sex acts with Raniere”.

Part of her role was also “the use of demeaning and derogatory language, including racial slurs, to humiliate ‘slaves,” according to official papers.

The cult leader, 60, fled to Mexico with Mack and other members of the group, however, they were both arrested in March 2018 and sent back to America to face the courts.

Raniere was sentenced to 120 years in prison last year for sex trafficking and his part as the cult group’s leader.

Another member of the inner circle and half-British daughter of a Canadian millionaire, Clare Bronfman, was sentenced to seven years last September.