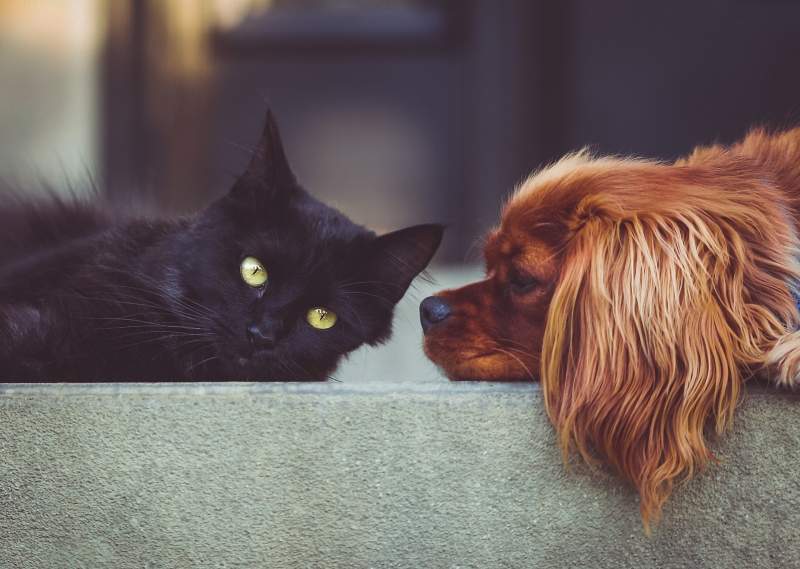 Covid-19 is common in pet cats and dogs whose owners have the virus and they should avoid contact with their animals in the same way they would with humans, according to new research.

Cases of owners spreading the disease to their dog or cat have been documented before but are considered to be of negligible risk to public health. However, as vaccination and other measures reduce human-to-human transmission of the virus, it is becoming imperative that we understand more about the potential risk posed by animal infections.

To find out more, Dr Els Broens and colleagues at Utrecht University studied dogs and cats of people who had tested positive for Covid-19. A mobile veterinary clinic visited the homes of owners who had tested positive in the past two to 200 days and oropharyngeal and rectal swabs and blood samples were taken from their cats and dogs.

Eleven of the 13 owners whose pets had positive PCR tests agreed for them to undergo a second round of testing one to three weeks after they were first tested. All 11 animals tested positive for antibodies, confirming they had had Covid-19. Three cats still had positive PCR tests and were tested for a third time. Eventually, all PCR-positive animals cleared the infection and became PCR negative.

Eight cats and dogs that lived in the same homes as the PCR-positive pets were also tested again at this second stage to check for virus transmission among pets. None tested positive, suggesting the virus wasn’t being passed between pets living in close contact with one another.

With pets in 40 out of 196 households (20.4 per cent) having antibodies for the virus, the study reveals that Covid-19 is highly prevalent in pets of people who have had the disease.

The researchers say that with other studies showing Covid-19 rates to be higher in pets that have been in contact with people with the virus, than in pets without such contact, the most likely route of transmission is from human to pet, rather than the other way round.

Dr Broens said, “If you have Covid-19, you should avoid contact with your cat or dog, just as you would do with other people.

“The main concern, however, is not the animals’ health – they had no or mild symptoms of Covid-19 – but the potential risk that pets could act as a reservoir of the virus and reintroduce it into the human population.

“Fortunately, to date no pet-to-human transmission has been reported. So, despite the rather high prevalence among pets from Covid-19 positive households in this study, it seems unlikely that pets play a role in the pandemic,” she added.