An exception to my own rule by columnist Leapy Lee 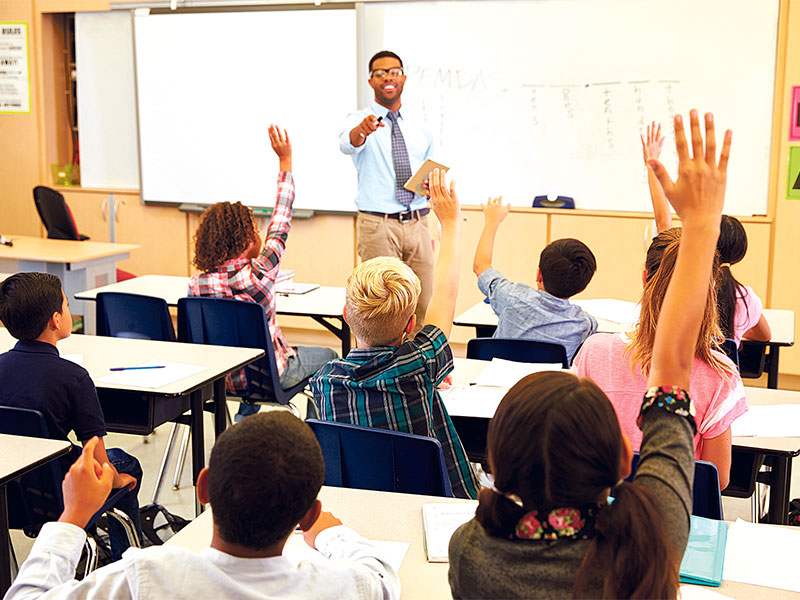 IT’S not often I allow myself to succumb to pure unmitigated anger. I’m a bit long in the tooth for a condition that can sometimes create more problems than it actually eliminates. But this week I encountered an exception to my own rule.

It began with the announcement that poor white schoolchildren were under-achieving in UK schools. Oddly the UK media actually gave this news quite extensive coverage. (Deferring perhaps to the new GB channel that is literally plundering their viewing figures!) This announcement was bad enough, but it was watching the young white pupils being interviewed that truly got this old boy’s hackles up. Primarily it was quite a pleasant rarity to see two or three white pupils appear on the screen in succession! However, that’s where any pleasurable viewing ended.

It was the general demeanour of these youngsters that got to me; they seemed confused and almost reticent to air their views on camera.

The vast numbers of black and ethnic minority students, who regularly appear on these programmes for a whole cross section of their ‘educational opinions,’ are generally (unless they’re whinging) bright, happy and full of hope for the future.

In contrast these white children seemed bewildered and utterly lacking in confidence. This is a direct result of the woke and PC attitude toward the education of our youngsters; a system of the left which is deliberately concentrating so much on making sure the minorities are put to the fore and given every opportunity, they are  neglecting the children of the white indigenous majority.

Instead of instilling them with national pride and confidence, these ‘privileged’ children are being made to feel ashamed of their ancestry and responsible for just about every malady that ails their great nation.

Everywhere they look they witness anti-white propaganda; from their sportsmen taking the knee to the desecration of their historical statues. Is it any wonder their grades are suffering and they are developing complexes of inferiority? This week (not for the first time) the BBC advertised jobs where only black and ethnic minorities need apply.

This is a disgraceful example of the pure hypocrisy of an organisation that is supposed to be anti-racist, but is actually steeped in racism and panders to the ethnic minorities purely to make sure Labour gets a favourable result in the next election. (Some chance!) This is all a part of the insidious woke and Marxist BLM agenda.

Attack British culture, undermine its historical achievements, lower morale, diminish belief in itself and turn the citizens and families against each other. And where better to start than among the young and most impressionable? Have no doubt the aim of this evil ideology is not integration, it is domination.

It’s time for the indigenous majority to stand up and be counted and let these people know that the UK is utterly sick of its whole traitorous anti British attitude. If not I’m afraid the white populace will finish up the same way as many have in South Africa.

And believe me, that is not a pleasant proposition at all!