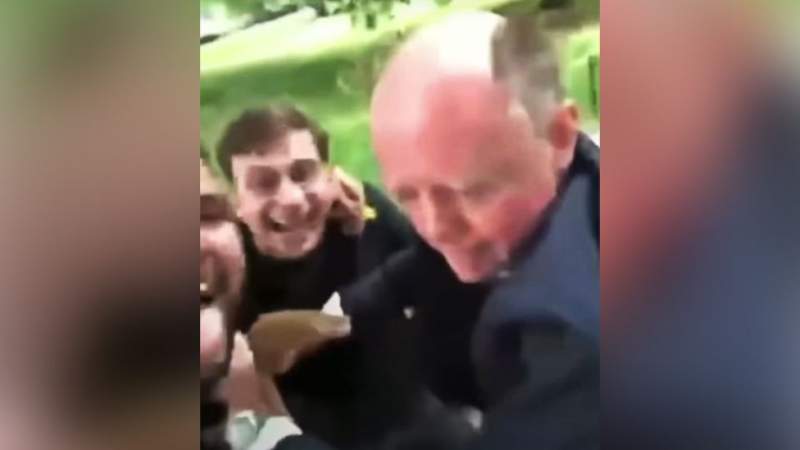 AN estate agent from Essex has allegedly been sacked from his job after attacking Professor Chris Whitty.

Lewis Hughes, who was a negotiator at Caplen Estates in Essex has reportedly been sacked from his job following a police investigation after two men who harassed England’s Chief Medical Officer.

Video footage emerged on social media of Professor Whitty being heckled as he walked through St James’s Park in London at 7.20 pm on Sunday, June 27.

Another man appeared in the video attacking Professor Whitty, he has been named as Jonathan Chew, both of the men are aged 24.

“I condemn the behaviour of these thugs. Our hard-working public servants should not have to face this kind of intimidation on our streets and we will not tolerate it.”

However, despite the criticism Hughes and Chew received, the estate agent insists he meant no harm, Property Industry Eye reports.

Lewis told The Sun: “There was no malicious intent, I didn’t want to upset him.”

“I absolutely apologise for any upset I caused,” he added. “If I made him feel uncomfortable, which it does look like I did, then I am sorry to him for that.

“He is quite a timid, shy person and I think that is why he didn’t say, ‘Get off me’. If he had said that and I had realised how he felt, I wouldn’t have put my arm round him.

“I put my arm around him but he started moving away so my arm ended up going around his neck more.”

“I feel very let down by Boris, for him to call me a thug. I actually voted for him as well.

“I have worked every day of my life since I left college, I have never been in any trouble. Now I have to start from the beginning again and I loved my job,” he concluded.

Government Ministers have now led calls for Professor Chris Whitty to be offered police protection after a string of attacks on the scientist by members of the public have heightened fears for his safety.