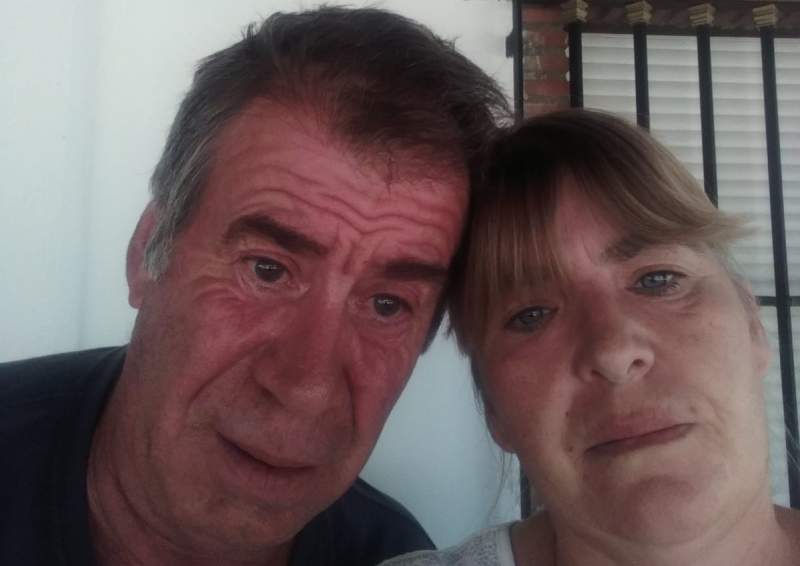 Expats Melvin and Elizabeth Goddard are trying to raise €30,000 after ill-health has left them homeless and in need of funding for the medical care they need.

THE couple, who left the UK for a life of travel in 2013, have started a GoFundMe page to raise the funds after Melvin’s serious spinal problems left the expats stuck in Spain on their way back to the UK, without access to health care and homeless.

Elizabeth explained: “We left the UK in 2013 and were planning on travelling. We did for a while and then ended up in Portugal.”

While there, Elizabeth told the Euro Weekly News that she worked and funded the couple. However last year they were forced to try to make their way home to the UK when Melvin became ill and was rushed into hospital with doctors discovering he had had a stroke.

In addition to his stroke, Melvin was diagnosed with inflammatory disease and doctors revealed that his degenerative disc disease had deteriorated, leaving the couple determined to drive back to the UK after he was told it was too dangerous to fly.

On their drive back through Spain the couple found the travelling made Melvin too ill however, and were forced to stop at Guadix in Granada province.

The couple tried to gain residency to receive health care, however Elizabeth says their first application was refused.

While living in Granada the pair rented a property but Elizabeth’s inability to work while she cares for Melvin left them unable to pay rent, and the couple have today become homeless after being evicted from their property.

According to Elizabeth, the British consulate has warned that Melvin’s treatment to be well enough to continue their onward travel to the UK could cost between €10,000 and €30,000 and the couple now face living in their car without any health care until they can afford to get back to the UK.

She told the Euro Weekly News: “Our family has tried to help as much as they can but they’re mostly retired and don’t have much money.”

The couple are now asking the public to help fund Melvin’s health care and their trip back to the UK.

Elizabeth said: “I’m a healthcare assistant and I know what will happen to him if we end up sleeping in the car and we have no money. He has no medication and doesn’t have a good health diet.”

If you would like to donate, please visit https://www.gofundme.com/f/help-melvins-medical-fund.