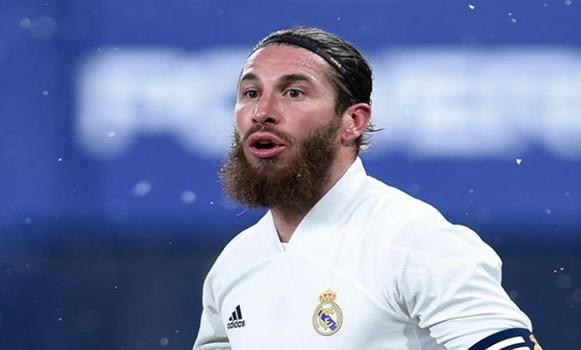 According to reports coming out of France today, Thursday 1, Mohamed Bouhafsi from RMC radio announced that Spanish football legend, and former national team captain, Sergio Ramos, has signed a two-year deal with Ligue 1 giants Paris Saint-Germain, and will undergo a medical in Paris in the next few days.

Ramos’ contract with Real Madrid expired at midnight last night – as did that of Lionel Messi at FC Barcelona – making him a free agent, and now the Sevillian will compete in the Champion’s League next season, swapping the white shirt of Madrid for the blue shirt of the French champions, who reached the semi-final this season, where they lost to Manchester City.

Mauricio Pochettino’s side has already acquired the Netherland’s captain Giorginio Wijnaldum from Liverpool, and are reportedly close to signing the Italian national goalkeeper, Gianluigi Donnarumma, as well as right-back Achraf Hakimi from Inter Milan, to add to a team already overflowing with superstars like Neymar Jr, Icardi, Marquinhos, and Keylor Navas, and the experience that a player such as Ramos brings to the squad is immense.

French radio station RMC reported that Ramos had turned down two better offers from Premier League teams, and opted instead for the Parisian team, where the 35-year-old will hope that he can stay injury-free to keep proving himself at the highest level, after spending 16 seasons with Real Madrid, where he won the La Liga title five times, and the Champions League on four occasions.

The former Spain captain missed the best part of last season through injury, and, as a result, missed out on being selected by Luis Enrique for Spain’s Euro 2020 squad, as reported by uk.sports.yahoo.com.