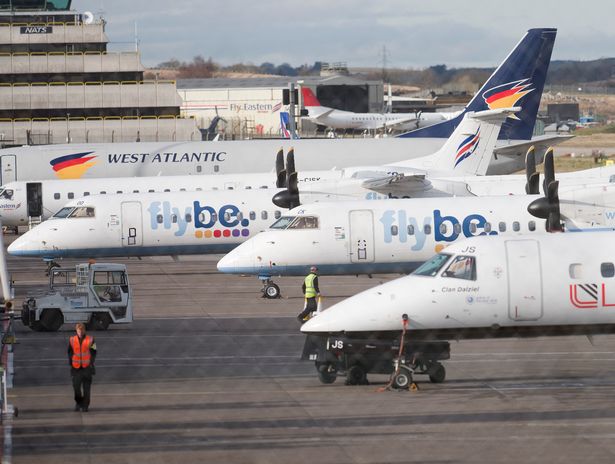 FLYBE, easyJet, Emirates, BA, Air France and Virgin Atlantic customers who applied for their money back after cancelled flights now face an even longer wait due to a change in the refund rules by the aviation industry regulator.

Brits travelling with several of the major UK airlines look likely to face even longer waits for flight refunds and compensation after a hidden change to complaint rules was made.

The dispute resolution process is now set to become much longer with new rules for “complex and novel” cases to avoid the need for going to court.

The changes came into force without warning and the regulator says it will help better protect customers. However, some experts warning it could make the process even more problematic.

Airline passengers who are hit by cancellations and delays are entitled to automatic refunds under European laws depending on the length of time affected on a given journey.

Any refund must be claimed from the airline directly but if passengers don’t get a response within eight weeks, or if the airline refuses to cooperate, they can take it to an Alternative Dispute Resolution (ADR) service such as AviationADR or the CEDR instead.

There are more than 30 airlines that are part of the ADR scheme, including Flybe, easyJet, Emirates, BA, Air France and Virgin Atlantic. This process is supposed to take 90 days but ADRs take 126 days on average.

The latest change, which was introduced by the UK Civil Aviation Authority (CAA) gives every airline that’s part of an ADR scheme the opportunity to flag a case as “complex and novel”.

These cases, according to CAA consultation documents, are those which “might involve circumstances that have not previously occurred, and/or where there is no established case law or clear principles for determining the outcome of the case”.

Political instability, travel documents, visas and airport system failures do not fall under this category.

Any claims that meet the criteria for “complex” end up in a separate dispute system that essentially allows the airline extra time to respond to the investigation.

If a case is considered “complex”, the airline needs to contact the CAA to notify them within seven days. There is then a 21-day period to reach an agreement on whether the issue meets the criteria.

The next step is a further seven day period where the ADR company transfers the complaint file to the CAA – at which point the passenger, airline and ADR will be allowed 35 days to submit written evidence on their claim.

If it needs to speak to the parties involved, this must be held within 28 days of the expiry of the 35-day deadline.

Even if this process goes smoothly it adds around 100 days to the process – and there could still be further delays.

Once a decision is finally reached, airlines then have 14 more days to comply and actually refund or compensate their customers.

If the airline disagrees with the CAA’s verdict, it has 14 days to raise an objection and a further 14 days to confirm whether it will start legal proceedings, which must be done within a month.