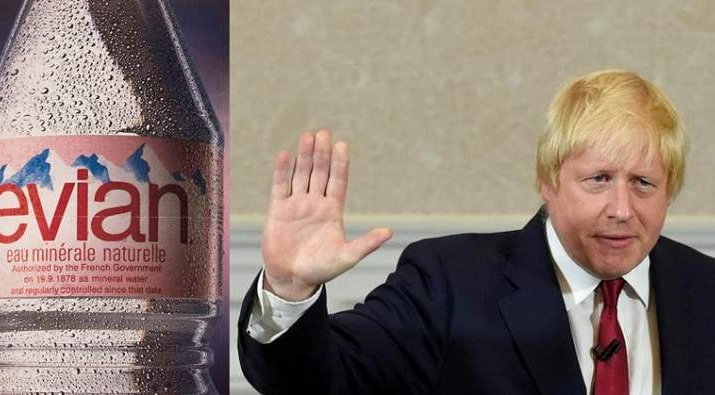 Boris Johnson is embroiled in a row with the EU over bottled mineral water which could see some famous brands barred from Britain’s shores.

BREXIT Britain is poised to introduce a raft of measures intended to hit European mineral water brands from next year.

A Defra spokesperson said: “This update provides producers six months’ notice of the changes, and outlines all the necessary steps they need to take to continue to sell their mineral water in Great Britain. We will continue to engage with the industry to ensure a smooth transition.”

The UK government also faces the first significant legal challenge to its post-Brexit independent trade policy after the High Court agreed that a decision to cut tariffs on some UK sugar imports could be subject to a judicial review, according to a report from The Times.

The case, which has been brought by British Sugar plc against the international trade secretary Liz Truss, is also the first test of how far contentious “state aid” clauses in the Northern Ireland protocol will impinge on the UK government’s ability to issue subsidies.

Legal experts said the case would be keenly watched by ministers and industry for precedence in UK trade and subsidy policy. The legal challenge was brought by British Sugar in response to a decision by Truss last December to unilaterally allow 260,000 tonnes of “raw cane sugar” to enter the UK tariff-free for 12 months from January 1 as part of the UK’s post-Brexit global tariff schedule.

British Sugar, which refines sugar from homegrown sugar beet, argued in submissions to the High Court, that the decision amounted to a state subsidy for its rival, US-owned Tate & Lyle Sugars, because it is the only main refiner of cane sugar in the UK.

The Department for International Trade said: “We do not comment on ongoing legal proceedings.”