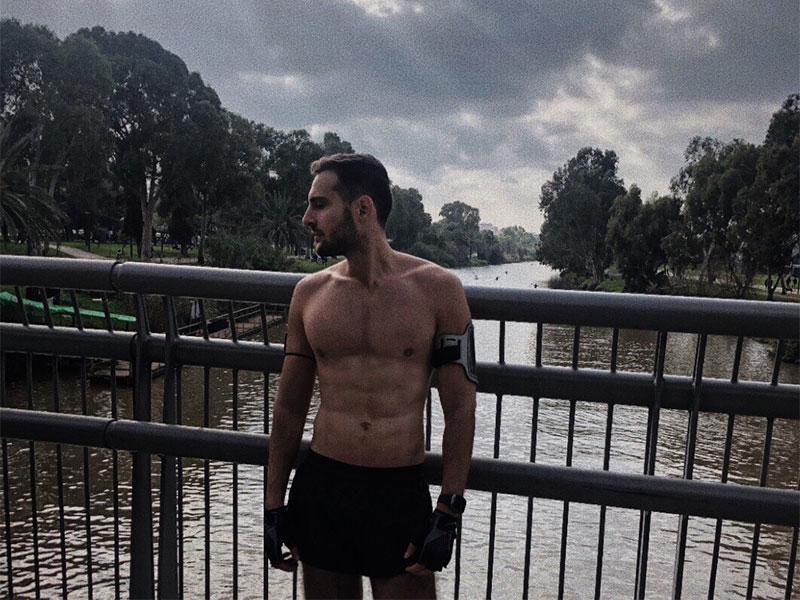 Travel has never ceased to enthrall Dr. Alex Winderman, something he thanks his devoted grandparents for. They took him everywhere when he was younger. Even today, the Israeli doctor, who is originally from Ukraine, cannot resist the urge to travel around the world whenever he can get away from his busy schedule.

Before being drafted into the Israeli Defense Force, where the striking Dr. Alex is a doctor at an important Tel Aviv Army Base, he was doing his residency in Pediatrics at the Sheba Medical Center. When he initially arrived in Israel, he was first posted at Technion University.

Besides his passion for his medical career, the charismatic and polyglot (he speaks Russian, Ukrainian, Hebrew, and English) Dr. Alex Winderman is very active. He never misses a chance to jog, go to the gym, and swim. Since he has traveled just about everywhere, we thought that he is the best person to share which he considers the top 5 European destinations.

“My favorite childhood memories are linked to the places I visited, attending summer camps,” says Dr. Alex. He continues, “These were mostly in Europe and America. Today, travel still rekindles pleasant memories of my Grandma Laura and the special bond we shared. Europe has an endless list of destinations to visit, but these are my current top 5.”

With an interest in sculpture and painting, some of the young doctor’s top European travel destinations include cities known for influencing countless artists and their museums.

There is just something to see on every corner of this delightful Austrian city of music and arts. Vienna’s architecture – both old and modern, museums, palaces, endless parks, food, and entertainments are all spectacular, something which endears it to Dr. Alex and millions of other visitors.

Another stunning European destination loved by Dr. Alex Winderman is Cyprus. Besides the timeless beauty of this island, visitors are also drawn to its cosmopolitan vibe and peace-loving locals who embrace everyone. It is also just a stone’s throw away to visitors from the region of the Middle East.

Dr. Alex’s fascination with mythology draws him to the places where the ancient God’s frolicked and played, hence, his attraction to Cyprus. A combination of mythology, history, pristine beaches, and partying at Ayia Napa, ensure Cyprus is the ultimate summer destination. It remains Dr. Alex’s choice when he is in the mood for plenty of fun, perfect weather, and a walk through the areas where the Ancient Gods inspire the wonderful architecture.

This tiny country of Europe is not as famous as its bigger neighbor Italy – yet – but it does offer more than anyone can imagine. An amazing coastline, natural beauty everywhere, great people, and delicious food.

Dr. Alex recently discovered Montenegro but plans to add it to his regular travel itinerary. “The next time, I plan to go back to explore more of Montenegro’s inland natural beauty, specifically its river canyons,” he says.

Fashion, food, loads of history, and an ambiance nobody can resist. We were almost sure that the City of Light would be on Dr. Alex’s list of top 5 destinations. According to Dr. Alex, Paris is the best city for exploring and he always visits an art museum while there, the Louver being his favorite. Despite many visits, Paris always has something new to offer him, and he loves the delightful hidden parts of the city. Not to be forgotten, the delights of the designer shops and endless choices of places to eat and enjoy refreshments.

Spain is a special place for Dr. Alex Winderman. This is where he was discovered by an Israeli doctor during a medical conference on infectious diseases. He was soon offered an internship that led to his immigration from Ukraine to Israel. Whenever he visits Spain, Barcelona is the city that draws him most. Looking all around him, Dr. Alex understands how artists, musicians, authors, and architects draw inspiration from the famous landmarks of this majestic city, not to mention its culture, food, and people.

Dr. Alex Winderman’s 151K followers on Instagram know that he not only loves to travel but is also committed to the project run by INgenius, the famous Ukrainian medical platform. He has been their Facebook editor for a while now.