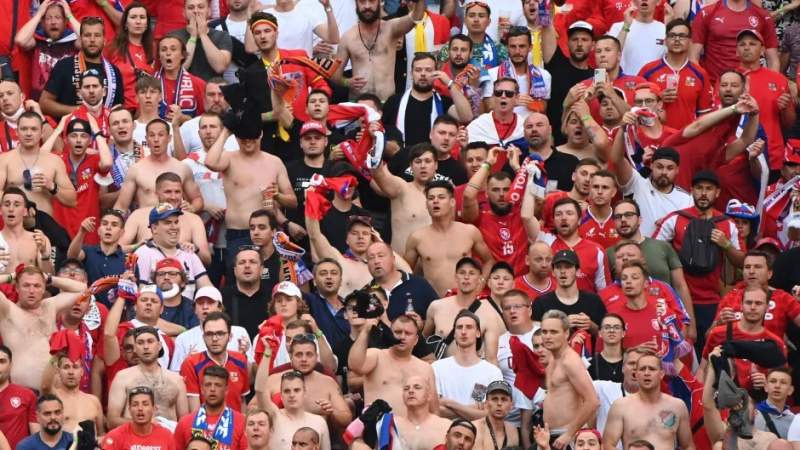 Euro 2020 under fire as fans flock to stadiums and bars across Europe.

THE Euro 2020 football tournament is being blamed for a surge in coronavirus cases as fans flock to stadiums, bars and spectator zones across Europe to watch the action while the pandemic, spurred on by the Delta variant, rages on.

The World Health Organisation (WHO) said the mixing of crowds in Euro 2020 host cities, travel and easing of social restrictions had driven up the number of new cases rose by 10 per cent.

A 10-week decline in new infections across Europe had come to an end and a new wave is inevitable if football fans and others drop their guard, WHO senior emergency officer Catherine Smallwood said in Copenhagen.

“We need to look at how people get there, are they travelling in large crowded convoys of buses? And when they leave the stadiums, are they going into crowded bars and pubs to watch the matches? These events were driving the spread of the virus,” she said.

With Covid-19 restrictions varying from nation to nation, crowd sizes have ranged from completely full, such as 60,000 in Budapest, to 25-45 per cent capacity in other venues where there have often been around 10-15,000 spectators.

UEFA said in a statement: “The final decisions with regards to the number of fans attending matches and the entry requirements to any of the host countries and host stadiums fall under the responsibility of the competent local authorities, and UEFA strictly follows any such measures.”

However,  Germany’s Interior Minister Horst Seehofer said UEFA’s position was “utterly irresponsible, I cannot explain why UEFA is not being sensible… I suspect it is due to commercialism,” he told a news conference.

Seehofer said a match with 60,000 spectators – such as Hungary’s Puskas Arena and also planned for the semi-finals and final at London’s Wembley stadium – would inevitably promote the spread of Covid-19.

Scotland’s health authority said 1,991 people had been identified as attending a Euro 2020 event while infectious, of whom 1,294 had travelled to London and 397 gone to Wembley where England played Scotland.

Finland said more than 300 nationals were infected while supporting their team.

And Russia’s deputy prime minister has called for a ban on gatherings of more than 500 people. St Petersburg is due to host a quarter-final on Friday, with only 50 per cent capacity allowed in a stadium that would usually hold 68,000 people over Covid concerns.