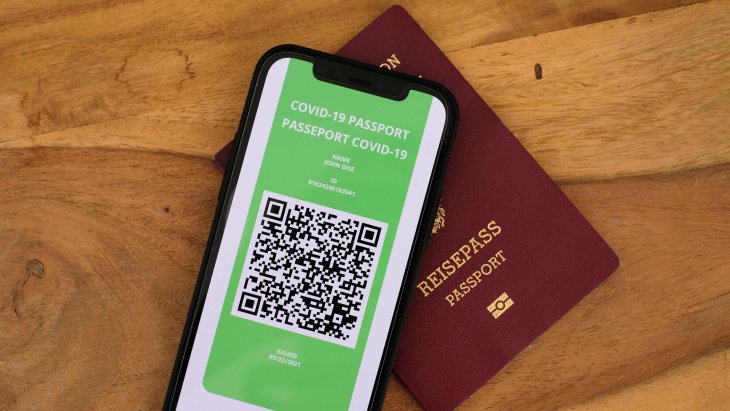 The EU’s ‘total lack of coordination’ is causing a vaccine passport chaos due to 10 different approaches with the application forms.

THE EUROPEAN UNION has released a COVID-19 digital certificate, however, with at least 10 different approaches to the vaccine passport and a total lack of coordination, airlines and airports are warning of imminent chaos, stemming all hopes for a summer recovery.

Previously called the Digital Green Certificate, the EUDCC aims to allow Europeans to travel easily between the 27 member states and will be available in some non-EU countries, too.

Presented as a QR code, the traveller can choose to carry either a digital or paper certificate. However, a total lack of coordination in the European Union threatens to ruin the rollout of it’s COVID-19 digital certificate.

In order to restore travel across the bloc, from July 1, all EU members have agreed to share a digital passport which is designed to show a travellers vaccination status.

However, airlines and airports warned there are at least 10 different approaches to the applications forms among the 27 Member States. In a letter sent to the heads of state of the European Union, airline and airports chiefs said that duplicate checks and the lack of verification tools “will cause queues unnecessary at check-ins.”

They revealed that the average time spent checking documents in airports has increased by at least 500 per cent – which works out to 12 minutes per passenger.

“This situation threatens the success of the resumption of air travel this summer and will undermine the free movement of citizens across the European Union,” they explained.

They said verification should “take place long before departure and for the passengers to arrive at the airport. We urgently need the Member States to implement these tools in a coordinated and efficient way to avoid long passenger queues.

As that would lead to new health risks and inevitably cause operational problems for airports and airlines,” they explained.

European travel association Etoa has warned EU fragmentation on policy towards travel remains “endemic” despite the launch of the EU Digital Covid Certificate on July 1.

Etoa slammed the lack of coordination as “highly problematic” in a communication to members, saying it would delay Europe’s re-opening despite countries opening up and the likely mutual recognition of Covid certification schemes between the EU and UK.

It warned: “Progress remains too little and too late for many international visitors this summer.

“National competence prevails on travel restrictions, health credentials and their verification, and the continued lack of coordination remains highly problematic.”