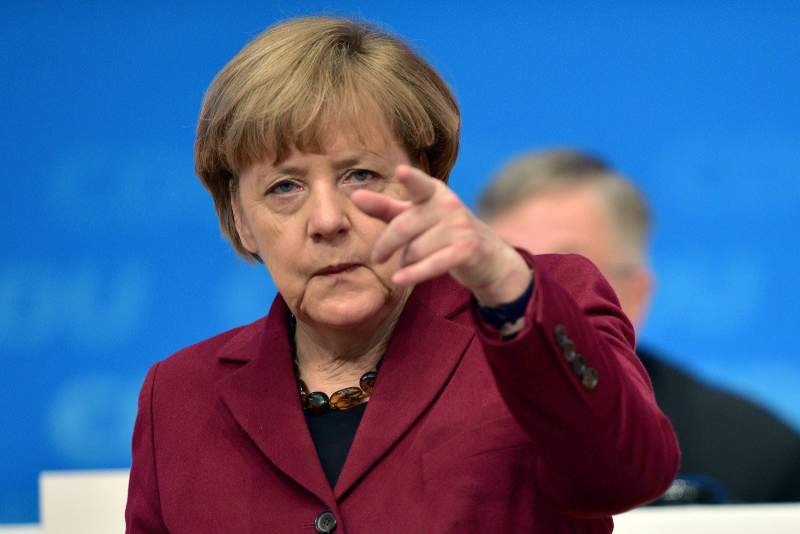 A former UK diplomat has claimed that Angela Merkel will use her last months in power to do her best to damage British economic interests in a parting gift to Brussels before she hands over the presidency. He issued his warning the day before the German Chancellor’s scheduled meeting was due to take place with Boris Johnson at Chequers.

Adrian Hill fears Mrs Merkel and French President Emmanuel Macron are together planning to step up the pressure in a bid to force Britain to accept EU rules when it comes to food standards in a move he fears would badly undermine International Trade Secretary Liz Truss as she tries to seal deals with countries including the USA.

Mr Hill, a former officer in the Royal Engineers who among other diplomatic posts worked as a member of the Channel Tunnel team at the Foreign and Commonwealth Office and the COBRA Committee of the Cabinet Office, was speaking the day after the UK and the EU agreed on a three-month extension to the grace period for chilled meats entering Northern Ireland from Great Britain, with the bloc also agreeing to alter EU legislation to guarantee an undisrupted flow of medicines into Northern Ireland.

He urged Mr Johnson not to be taken in, explaining: “I think the only thing they understand is no exports so a trade boycott talks better than diplomats.

“Boris is a softie at heart, he won’t stand up to Mutti.”

With respect to the EU’s motives, he added: “They need desperately to damage us because if they can’t, their whole card house will collapse. As such he speculated that Mrs Merkel was adopting a hardline stance towards Britain as a “retirement present to her EU empire”.

The German chancellor wants to designate Britain as a “country of concern” because the Delta variant of the coronavirus is so widespread.

The plans will be discussed by senior European and national officials on the EU’s integrated political crisis response committee and will be resisted by Greece, Spain, Cyprus, Malta and Portugal.

German chancellor Angela Merkel is due to meet British Prime Minister Boris Johnson at Chequers on Friday, June 2. Britain plans to unveil plans next month to allow fully vaccinated people to travel unrestricted to all countries except those with the highest COVID-19 risk.